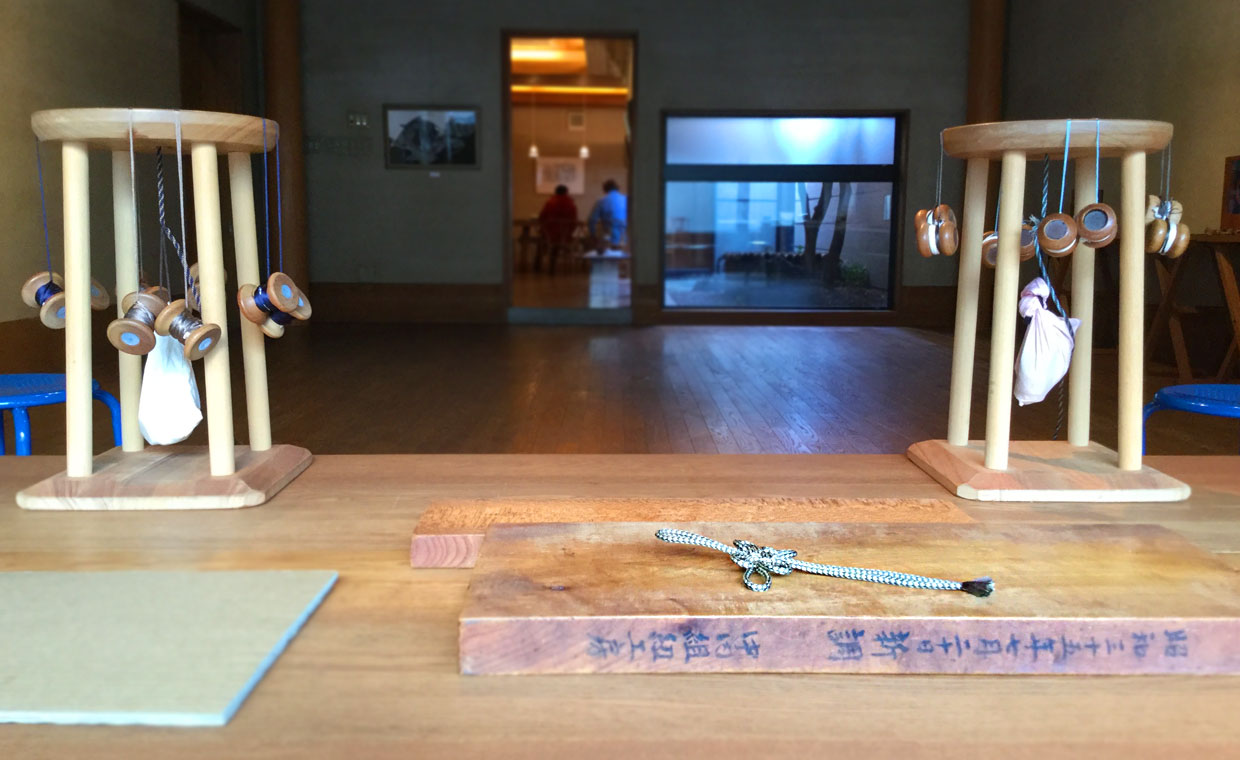 Have you ever heard of Kumihimo? If you saw the anime movie "Your Name", you'll figure out what it is right away from these pictures.

Kumihimo means braided cords and is one of Japan's oldest crafts. The kumihimo produced in Iga region (part of ENN belongs to Iga region) is specially called "Iga Kumihimo", which was designated as a National Traditional Craft. Its origin goes far back to Nara Period, more than 1,000 years ago. In ancient times, Iga Kumihimo decorated armors and swords for samurai, in modern times it is worn with kimono as an obijime, which is tied around an obi sash.

So I took my friends to a long-established kumihimo atelier in Nabari City to experience code-braiding. The atelier was in an old Japanese-styled house. When we entered a spacious room, we saw wooden braiding stands on the table waiting for us. The atelier owner and kumihimo artist, Mr. Nakauchi welcomed us, telling us about kumihimo and his works. Then he demonstrated how to braid cords. 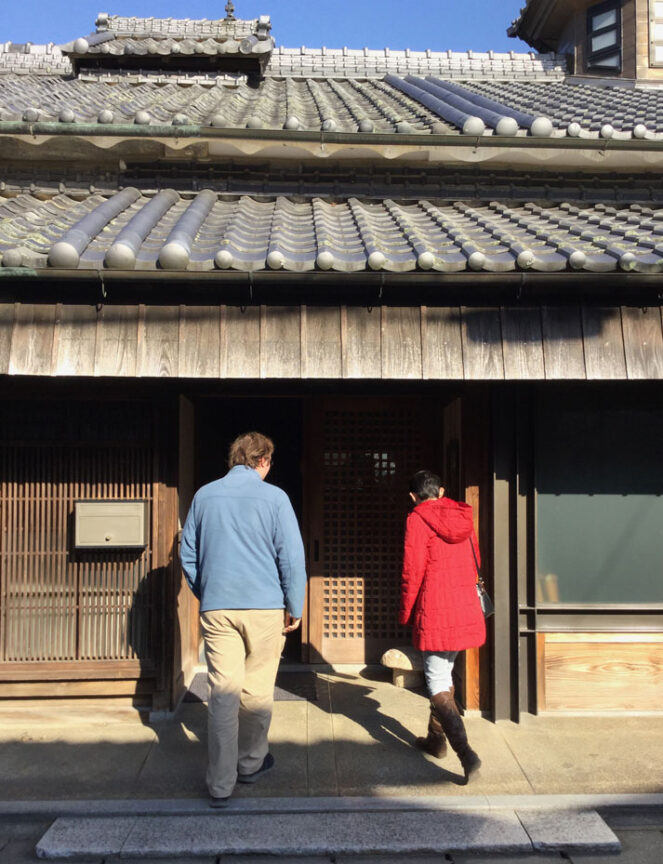 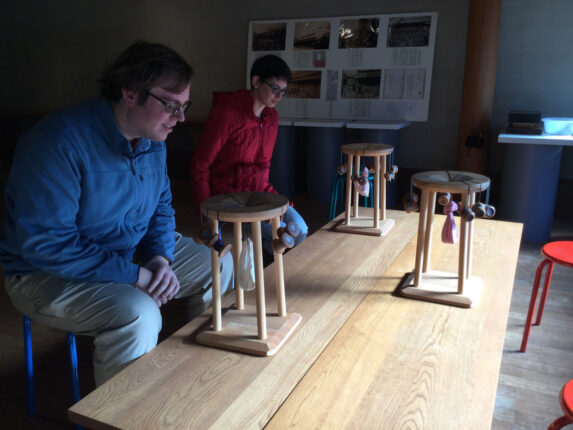 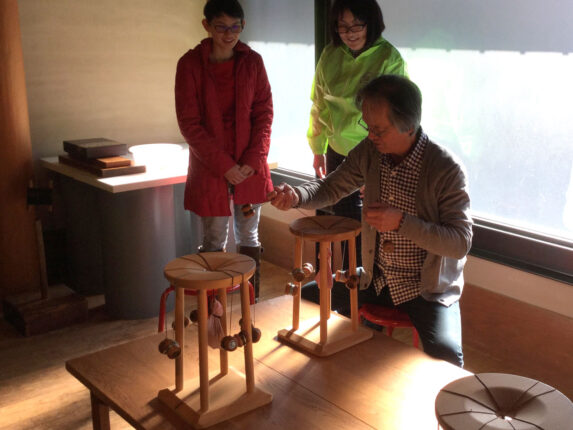 Now it's our turn. To braid, you have to carefully move each cord to its designated place one by one in order. Following the right braiding pattern, as well as controlling those wooden weights at the ends of the cords, was really difficult. Although the pattern we tried was one of the simplest for beginners, all of us were confused. Can you believe professional craftsmen and artists use dozens of weights to make beautiful braids?

Having worked very hard, we managed to handle the cords pretty well in the end. 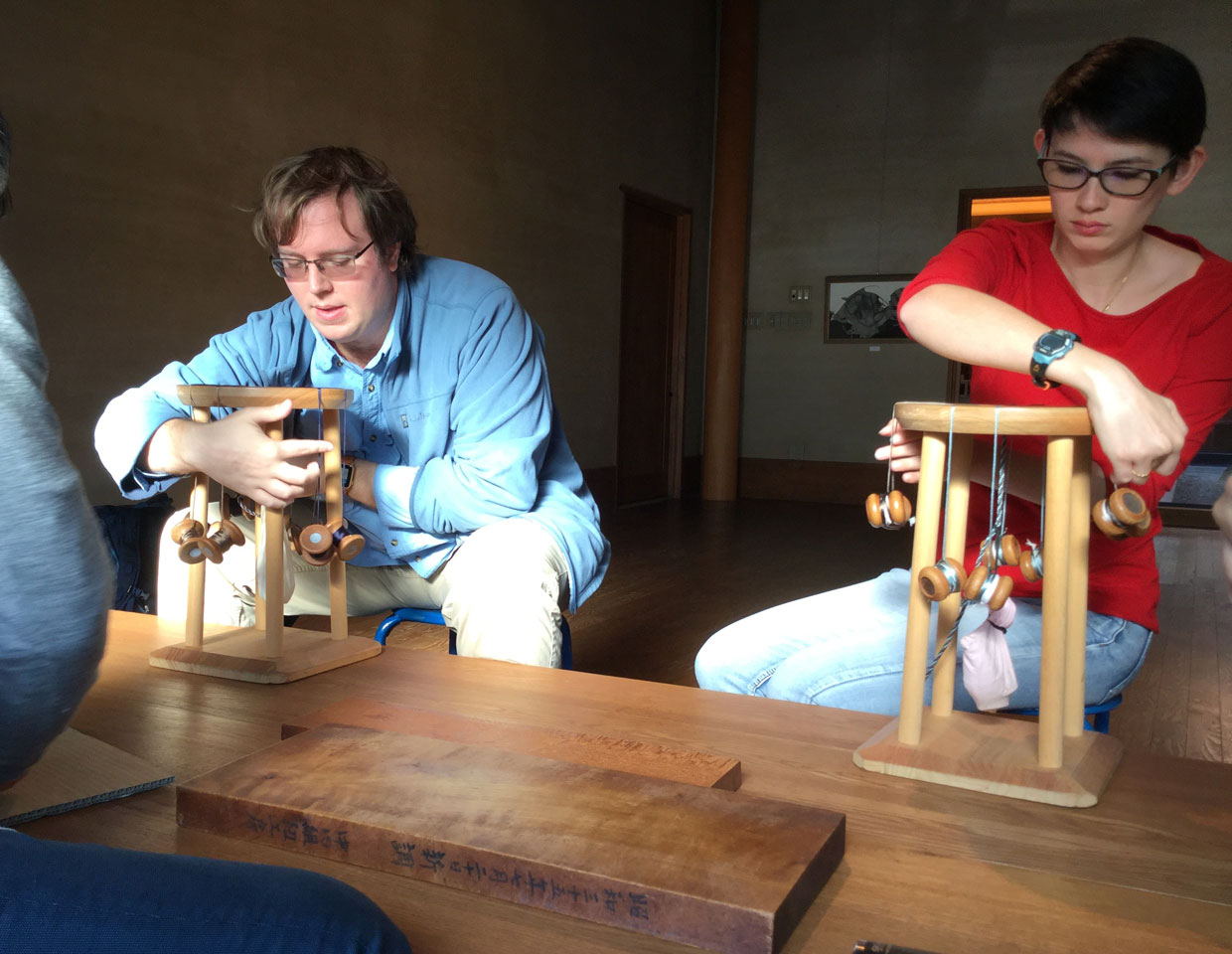 Tada! Look what we made! It needed so much concentration.
Can you see a braid dangling from the top of the stand? 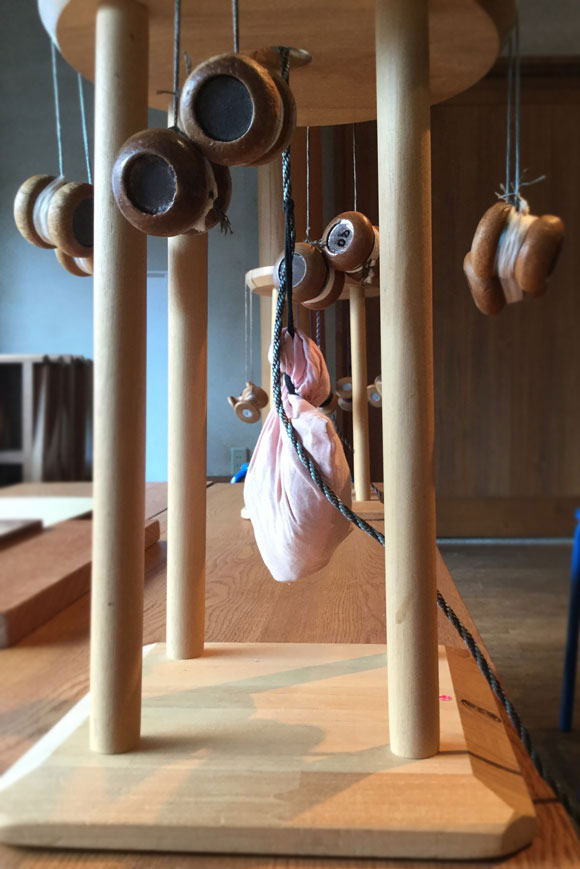 After we finished, Mr. Nakauchi tied the braids and made flowery knots for us.

When we left, we looked at beautiful works with intricate designs again and thought "how can someone make these colorful pretty ones!?" We deeply appreciated a traditional Japanese craft that afternoon. 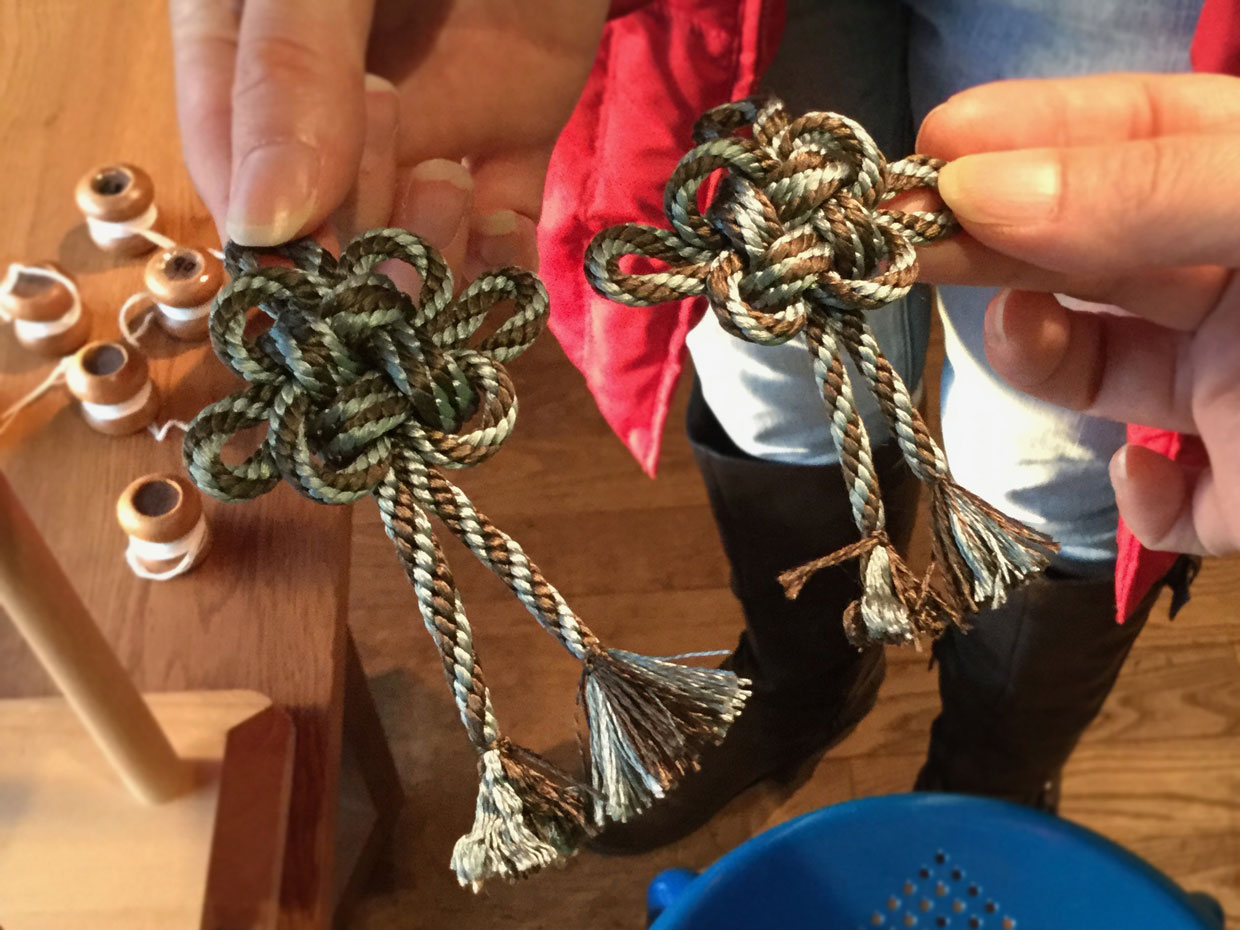