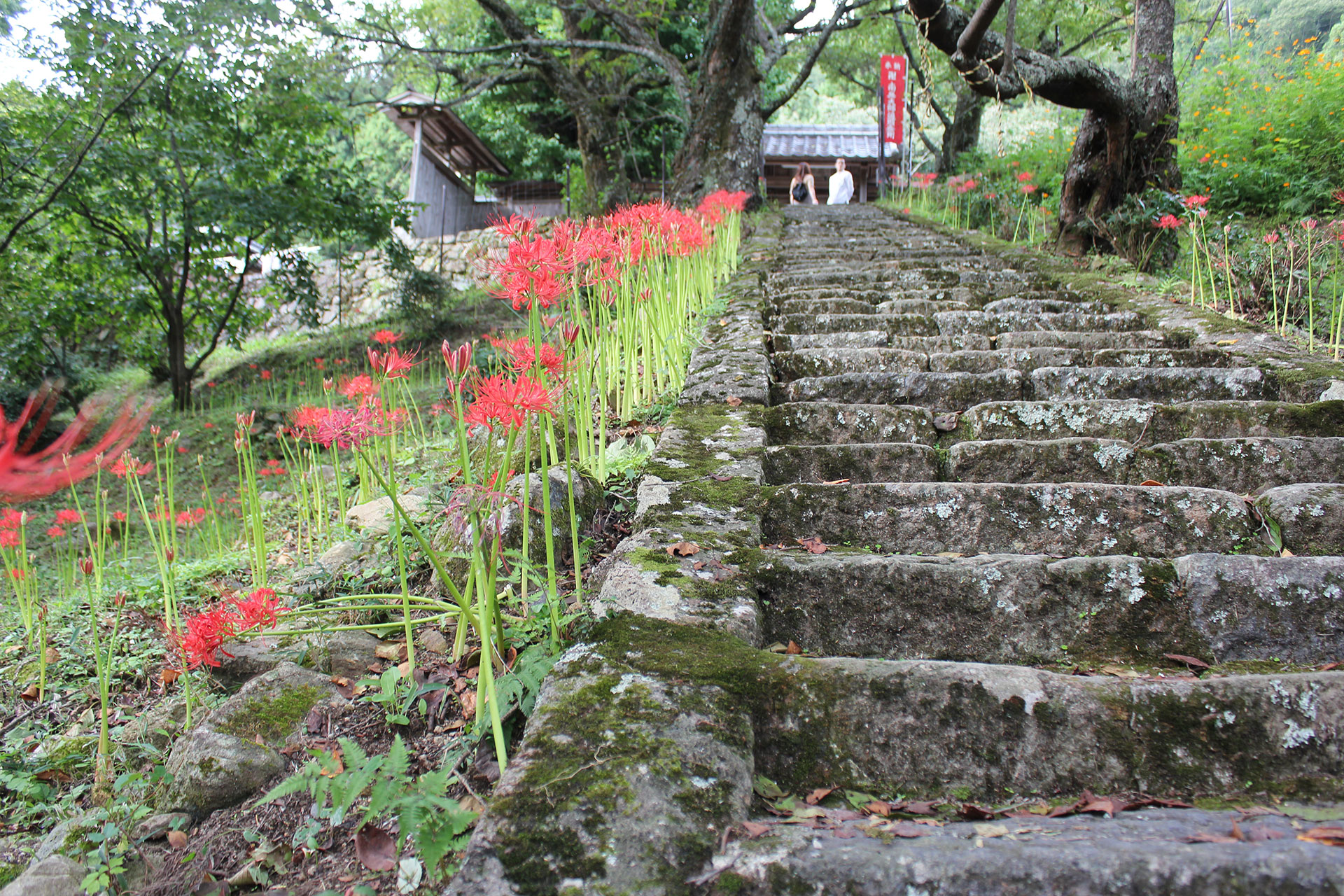 In an idyllic countryside of Uda City stands an ancient temple called Butsuryu-ji. For decades, this temple has been known for its red carpet of “Higanbana” (cluster amaryllis, spider lily, equinox flower, to name a few) that surrounds the path to the temple beautifully during ‘Higan’, the autumn equinoctial week in late September.

Four years ago, however, most of the flowers have disappeared almost entirely, as the bulbs were eaten and destroyed by wild animals; since when, locals and volunteer staff have been planting bulbs donated from all over Japan, wishing to recover the beautiful scenery again. Thanks to their hard work, more flowers have been blooming year by year. We’ll see how it goes this year. 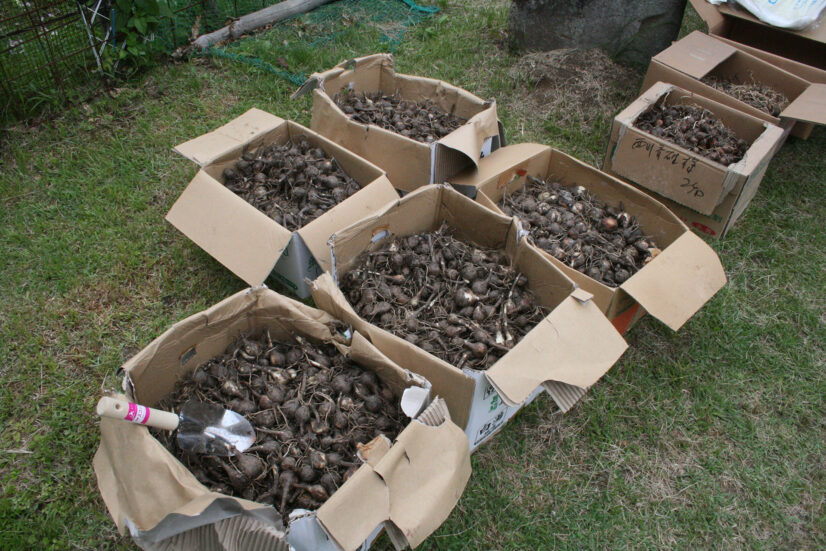 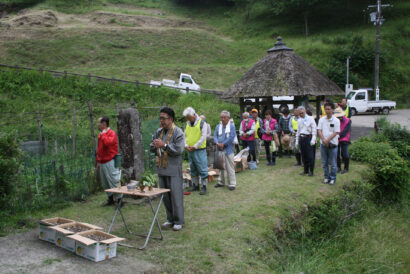 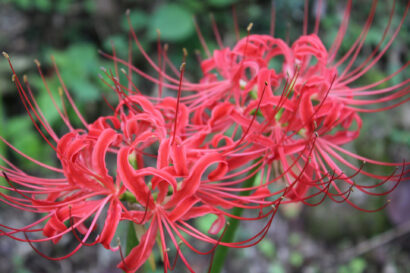 This temple is also known as the birthplace of “Yamato-cha”, (tea leaves growing in the Yamato Highland), where Kukai planted the first tea seeds brought from China. The stone mill kept in the main temple building is also believed to have been brought from China by him.

Not only autumn but also spring is the best season to visit Butsuryu-ji. Its “Sennen Zakura”, a 900-year-old cherry tree standing at the entrance of the temple, is the oldest one in Nara Prefecture. 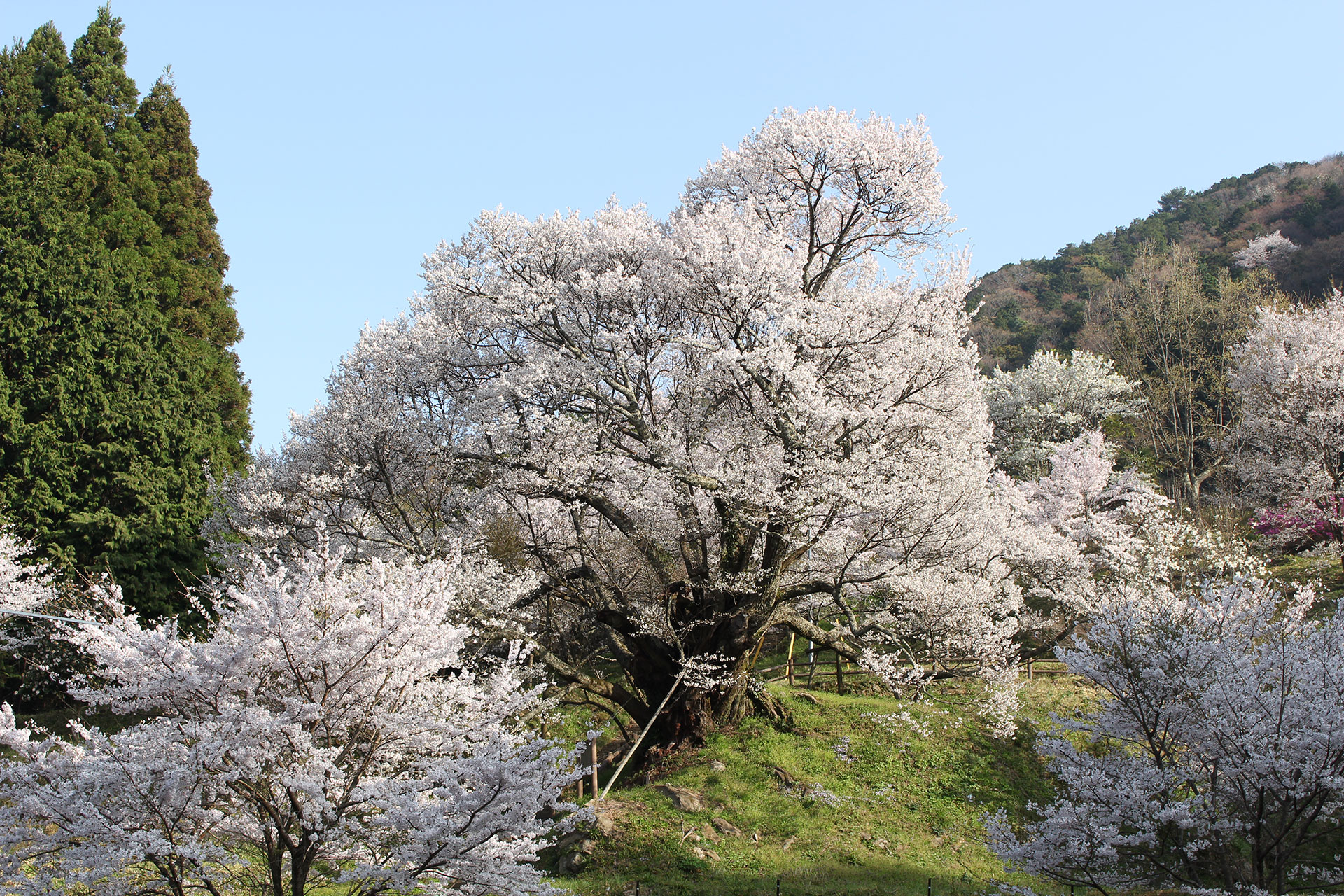 Access
From Kintetsu Haibara Station, take a bus bound for ‘Sonimura Yakuba (曽爾村役場)’. Get off at ‘Takai (高井)’, and walk for 40 minutes.

Link
Learn more about Butsuryu-ji Temple on this site

She lives in Uda City, Nara Prefecture.
View all posts by Michelle →