One day at the end of summer, the weather was so lovely that I couldn’t resist hopping on a car. I decided to drive west toward the mountain area.

It was very hot for the first time after the rainy week, but the crisp contrast between the clear blue sky and the golden rice fields reminded me of autumn. While listening to The Rolling Stones on the car stereo (a tribute to the recently deceased drummer, Charlie Watts...), I thought their songs went pretty well with the scenery of the Japanese countryside, if not perfect.

The route for this day is shown on the map below. I drove from Tsu City in Mie Prefecture to cross the prefectural border into Mitsue Village in Nara Prefecture. Along the route is the Ise Honkaido, an old highway connecting Nara and Ise of Mie, where pilgrims used to walk toward Ise Jingu (Ise Grand Shrine) in ancient times. A little off the current highway, there is the small original pilgrimage street where you can see signposts and houses that are remnants of the Edo period. If you have time, it might be a good idea to take a stroll.

Let’s get back to the route. I drove along the wide mountain road for a while until I hit the roadside station (rest area), “Michi-no-Eki Ise Honkaido Mitsue.” Then I turned left and continued on to Route 369. After another 10 minutes of pleasant driving, I saw a lot of banners....... I wondered what was happening, so I pulled over my car to check it out. 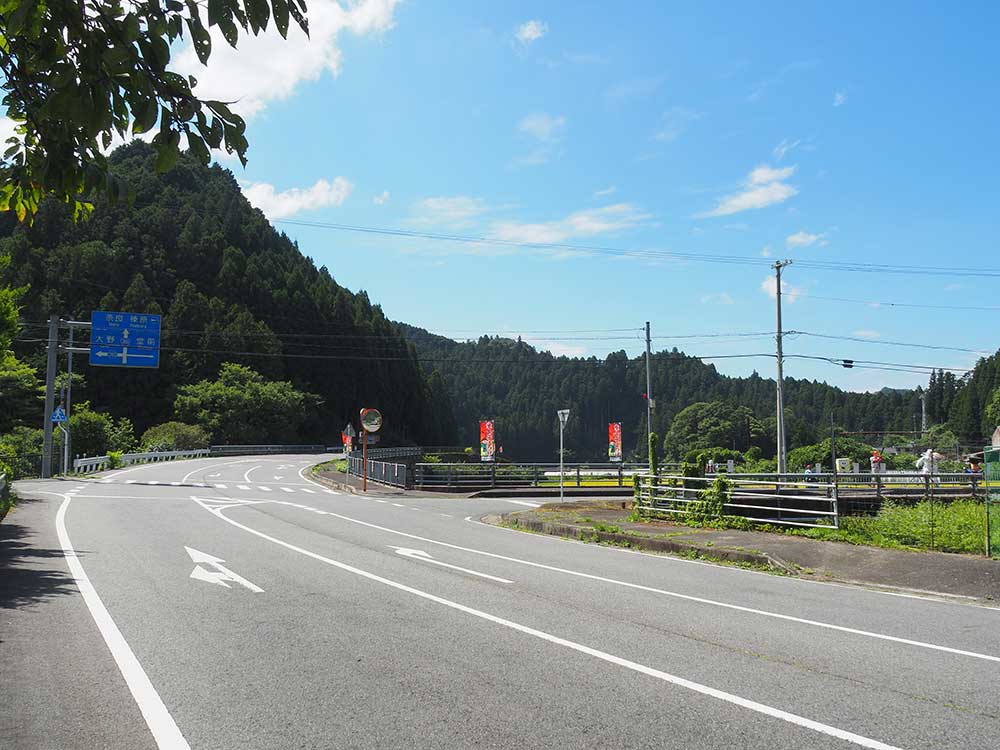 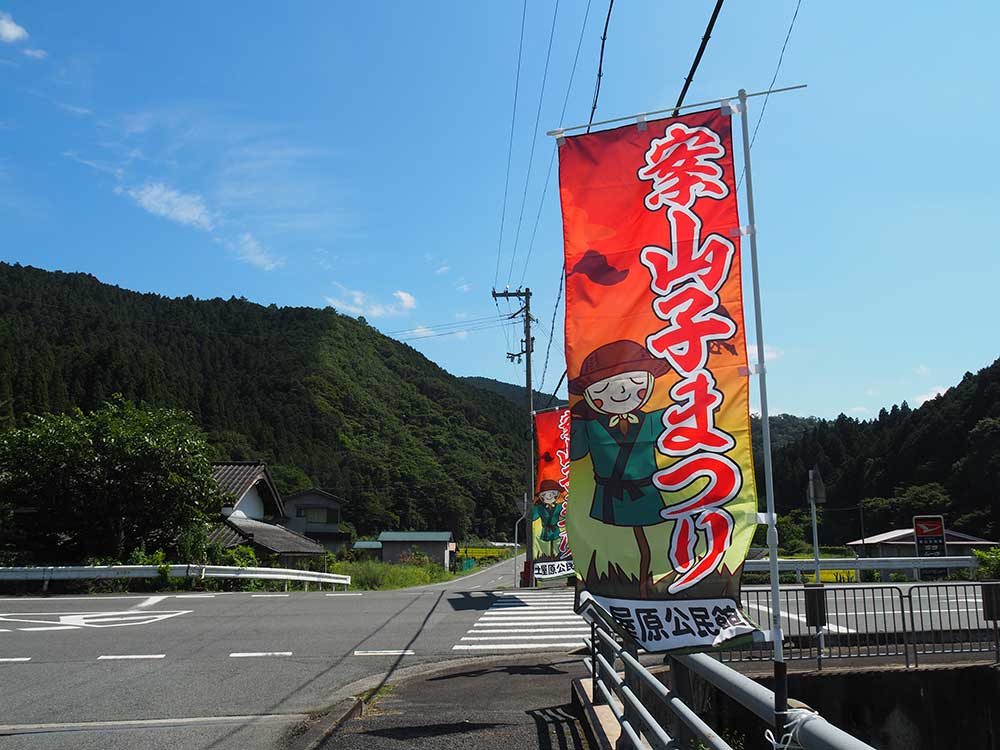 It read “Kakashi Matsuri.” Kakashi means scarecrows in Japanese. Apparently, I came across the “Scarecrow Festival,” which is held every year during the rice harvesting season in this village. 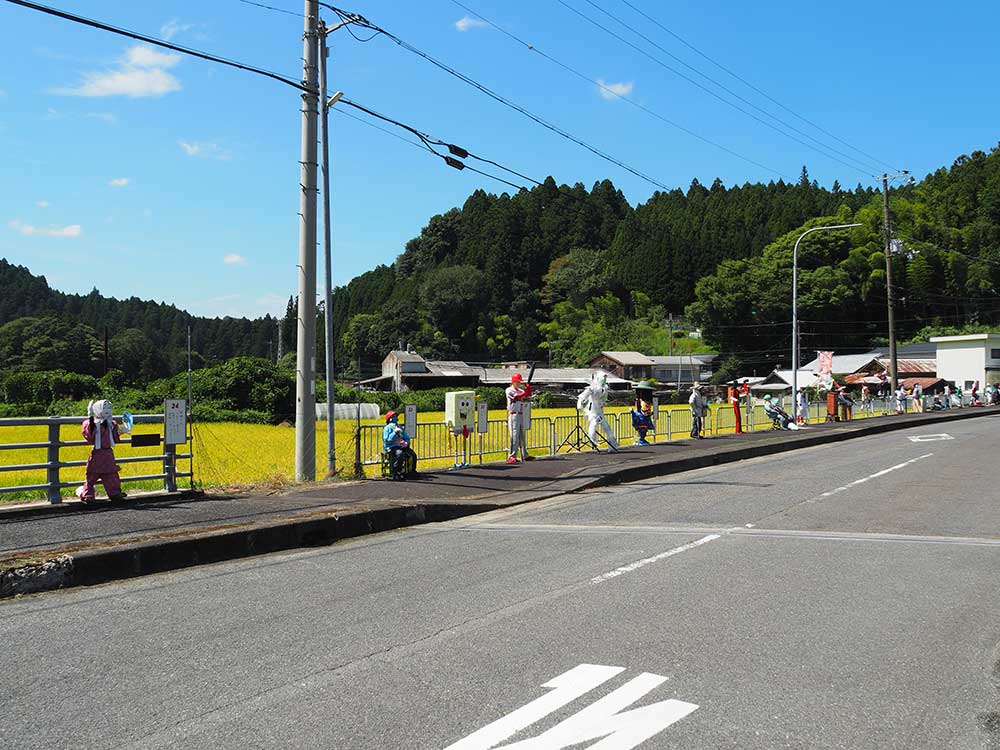 Scarecrows lined up evenly spaced against the backdrop of the golden rice fields. The first scarecrow had a plate saying “24”. I wondered: that means there are 24 scarecrows? So I walked to the other side of the street from the Route 369 side. OK, I found the number 1.

Let’s look at the scarecrows one by one. Here are a few of my favorite out of the 24.

The event seems to feature popular topics or people of the year. This year’s scarecrow festival is apparently Olympic-themed, which gives it a special feeling.

This Kakashi or scarecrow of Horigome is really well done! It looks as if the skateboard is on the fence behind him, doesn’t it? The dynamism is expressed so well by how he raises his arms, with his t-shirt flipped up and his legs floating slightly off the skateboard. His skating scenes at the Olympic Games came back to me because I watched him compete on live TV.

Naomi Osaka was the final torchbearer at the Olympic opening ceremony. I love how the torch was well-made. I play tennis and am a fan of Naomi’s, so I took some selfies with her (lol). Look at the red braided hair. It’s perfectly reproduced, very cute!

He was not at the Olympics, but you should definitely make this guy a scarecrow! He’s still entertaining us, and I look forward to watching his news every day!

There were also scarecrows sending some messages, such as the one depicting medical professionals working hard and the ones with the theme of overcoming the pandemic.

Who makes the scarecrows?

It came to my mind who started this scarecrow festival and when? So I inquired about it and was told that the first festival was held in 2008. That means it’s been held annually for more than 10 years now.

They told me that the locals start making scarecrows in summer. When all the scarecrows are completed, everyone sets them up in a row on the street. Sounds like fun, doesn’t it! Recently, not only the residents of Mitsue Village but also people from the neighboring area have been participating in this scarecrow making.

I can’t wait to see who will become scarecrows next year. It would be so exciting if I could get to see super cheerful post-pandemic scarecrows anytime soon! 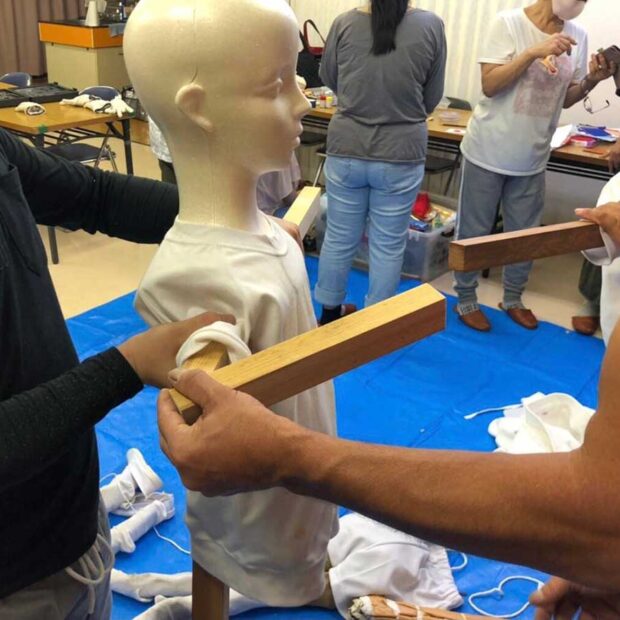 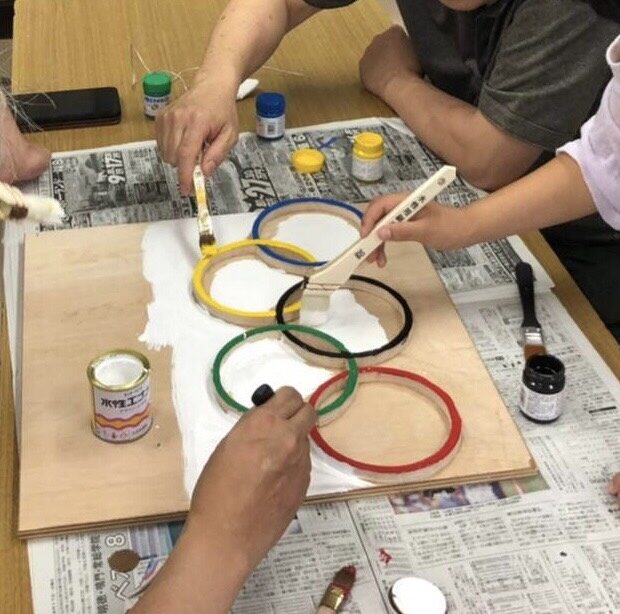 After enjoying the Scarecrow Festival, I went back to “Michi-no-Eki Ise Honkaido Mitsue.” I took an Onsen bath in the “Himeshi no Yu,” which was attached to the roadside station. Then I drove back home, taking a different route on the way back by passing through Nabari City, another neighboring city in Mie Prefecture. It was a refreshing 4-hour road trip.

East Nara Nabari is a perfect area for a short road trip by car, motorcycle, or bicycle. If you are ever out on the road there in late summer or early autumn, stop by Mitsue and check the Scarecrow Festival. In 2021, the festival will last until September 20. 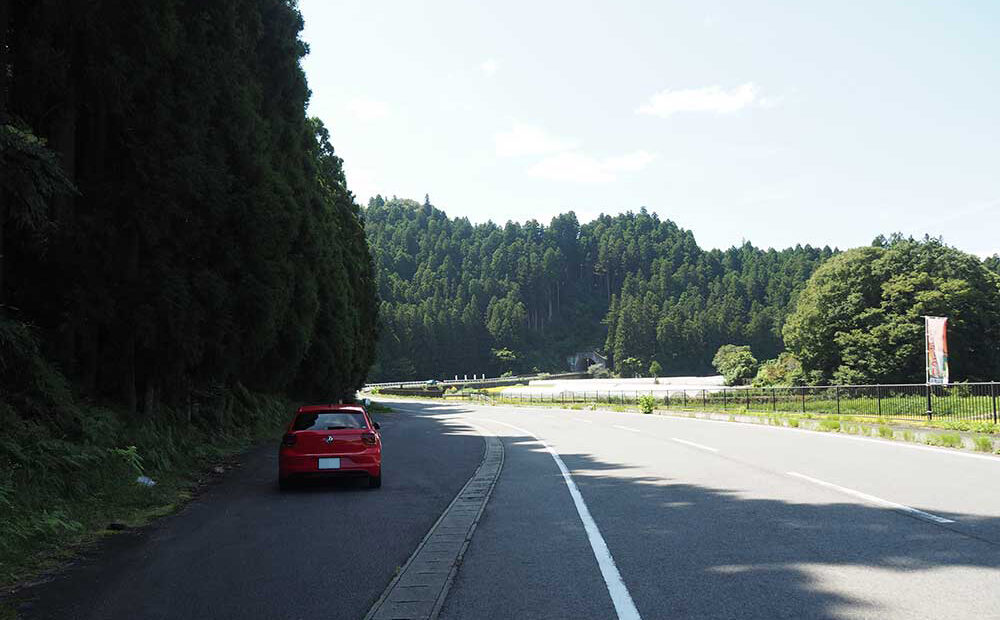