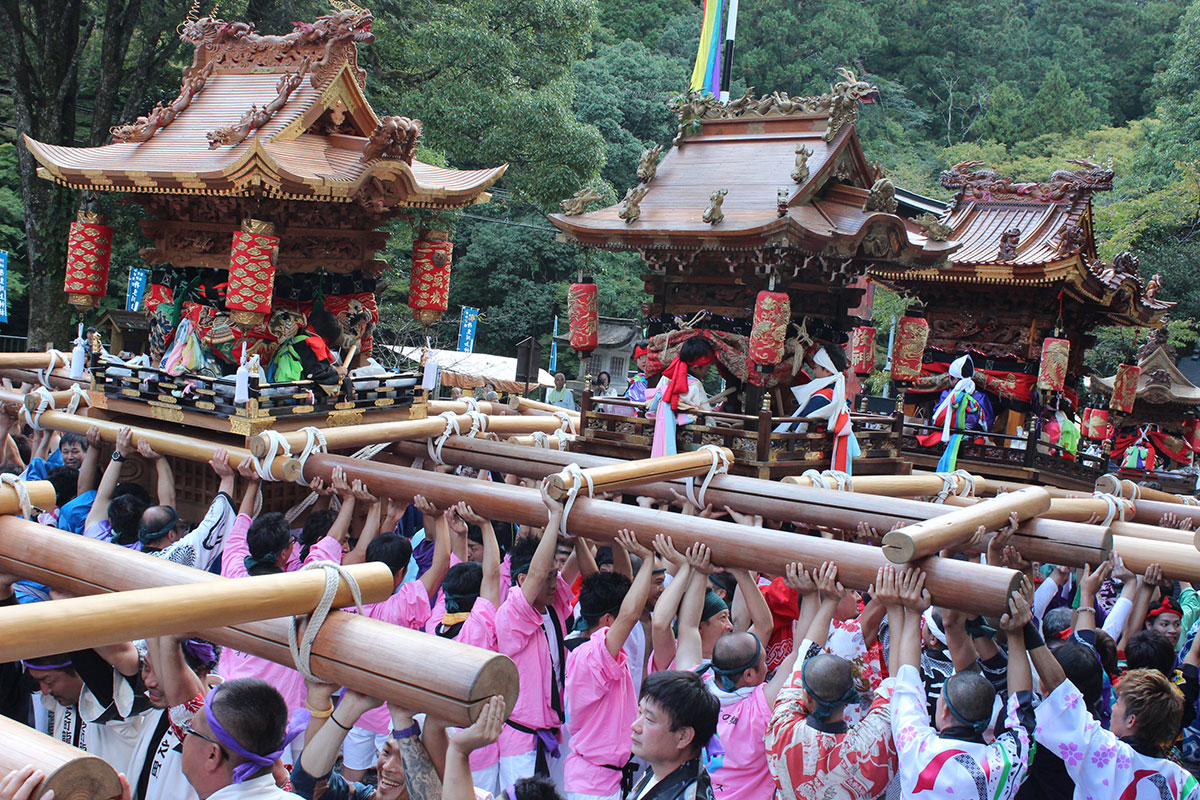 Ogawa Festival is one of the biggest events in Higashiyoshino Village. Every summer, people start to anticipate and prepare for the festival that is held in October.

The festival starts when eight drum floats called taikodai gather at Niu-Kawakami Shrine. With four boys on each drum float, watching groups of men chanting and carrying the floats is the most exciting part of the festival.

Another mystic part of the festival is that the boys on the floats are not supposed to put their feet on the ground throughout the festival, as they are considered as messengers of God.

Date
The festival is held in October.

From Higashiyoshino, take Prefectural road 16 or 220 to get to the shrine.

Link
Learn more about Niu-Kawakami Shrine on this site 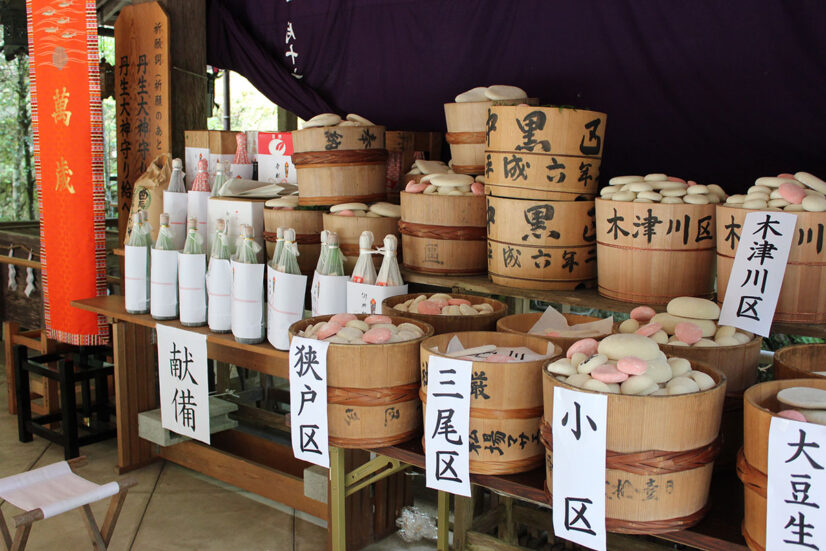 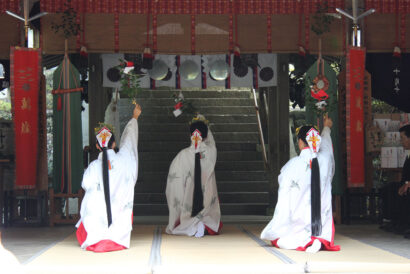 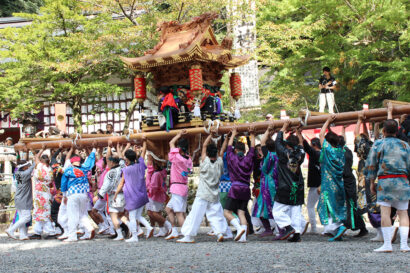 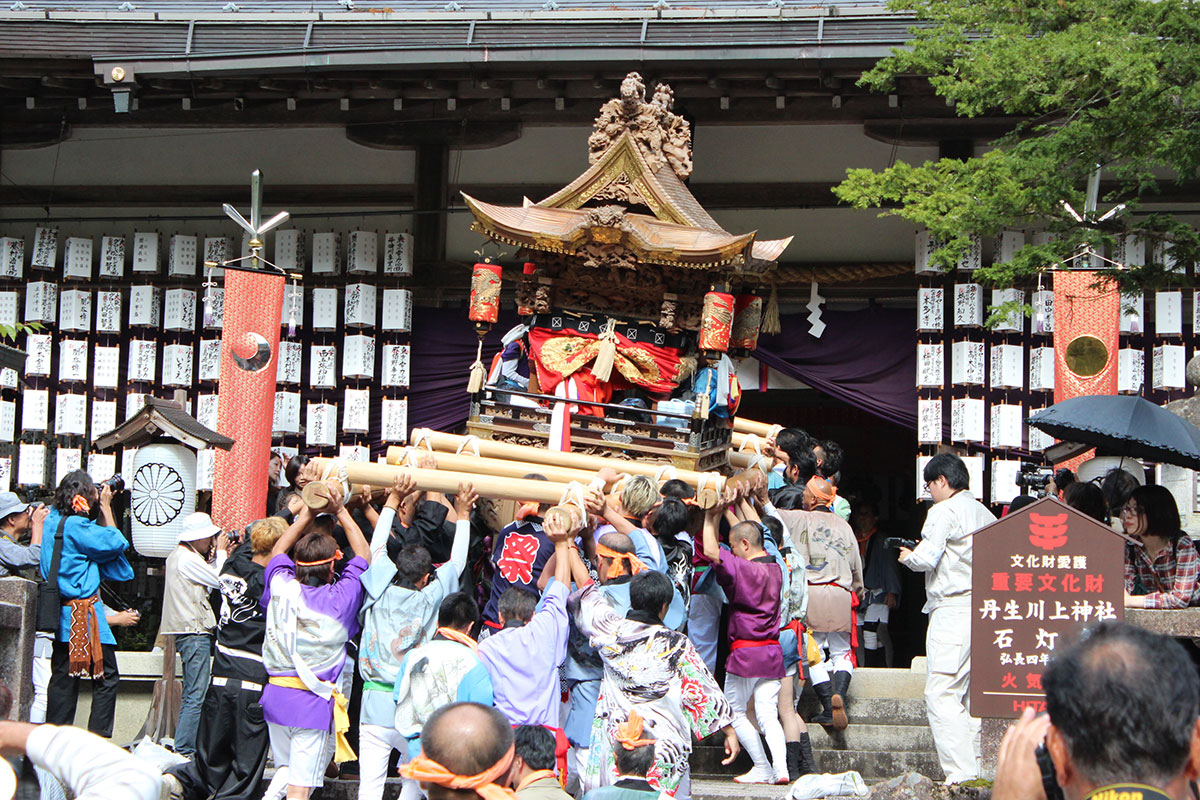