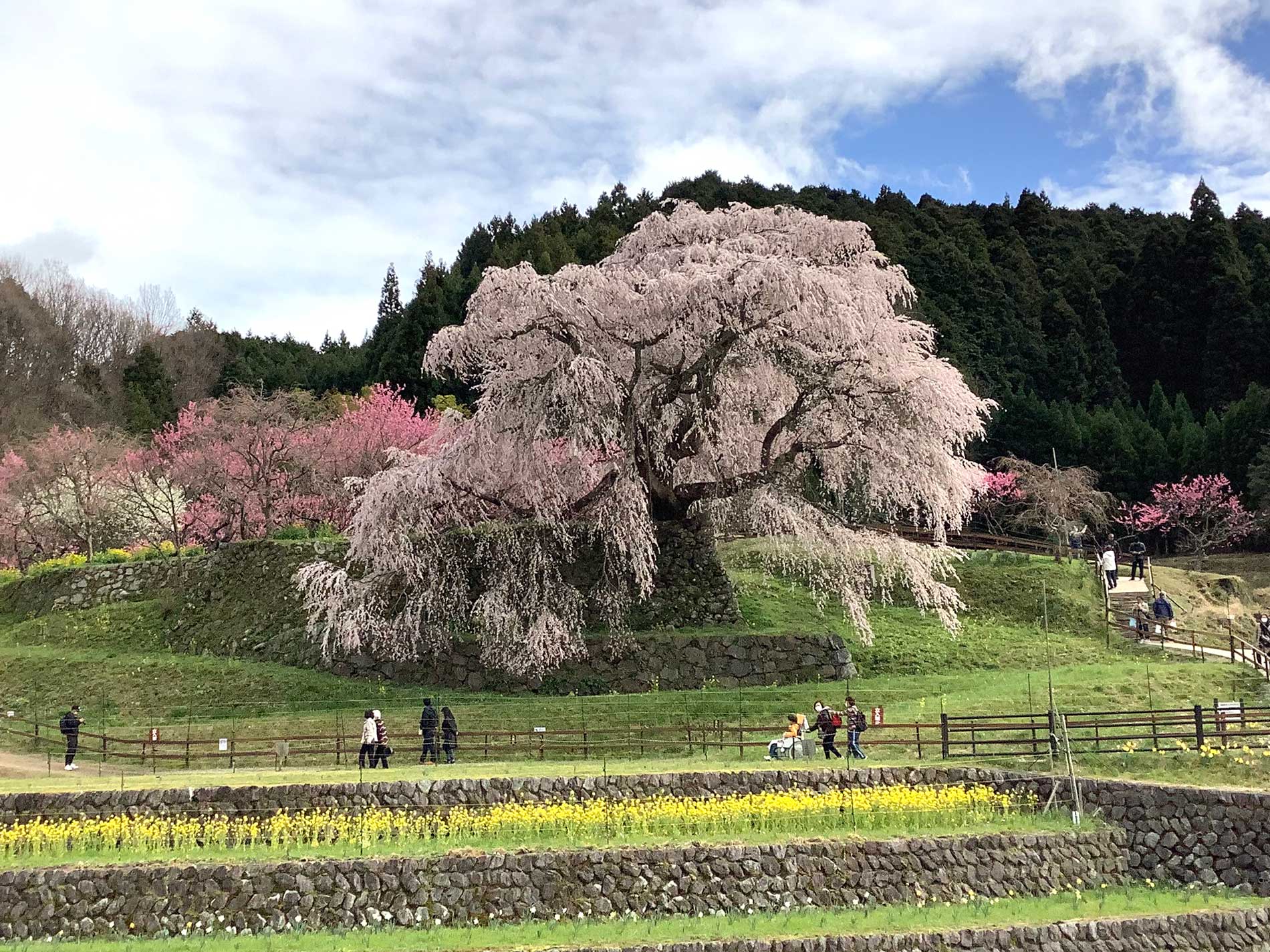 This iconic, ancient, and massive weeping cherry tree is estimated to be about 300 years old, with a trunk circumference of over 3 meters (10 feet) and a height of 13 meters (42 feet). It is named after Matabei Goto, a military commander during the Sengoku Period (15th-16th century). According to folklore, he escaped to this area, became a monk, and spent the remainder of his life in Uda. The site is very well-known, especially after appearing in an NHK historical drama, and sees over 70,000 visitors each season. It is renowned among photographers, and the visual contrast of the cherry blossom tree against peach blossoms in the background during springtime is truly magnificent.