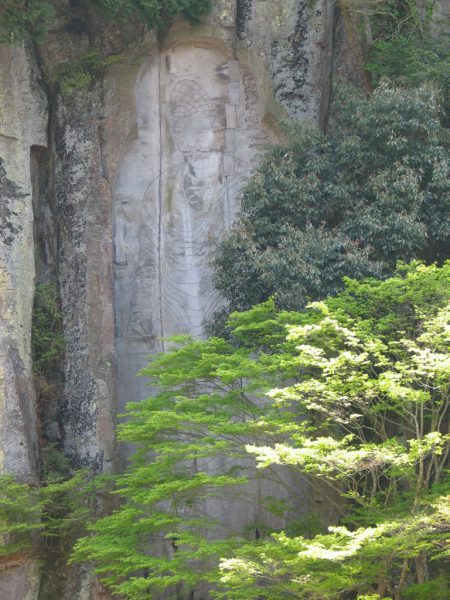 This temple is renowned for two very impressive 300-year-old shidare-zakura weeping cherry blossom trees, as well as 10 other trees with red-tinged cherry blossoms. In front of the temple and across the Uda River stands the immense Magaibutsu, which at 13.8 meters (45 feet) tall, is one of Japan’s largest Buddha statues carved into rock. The statue is believed to have been created in the 12th or 13th century, and is especially stunning when viewed in the spring with weeping cherry blossoms in the foreground.