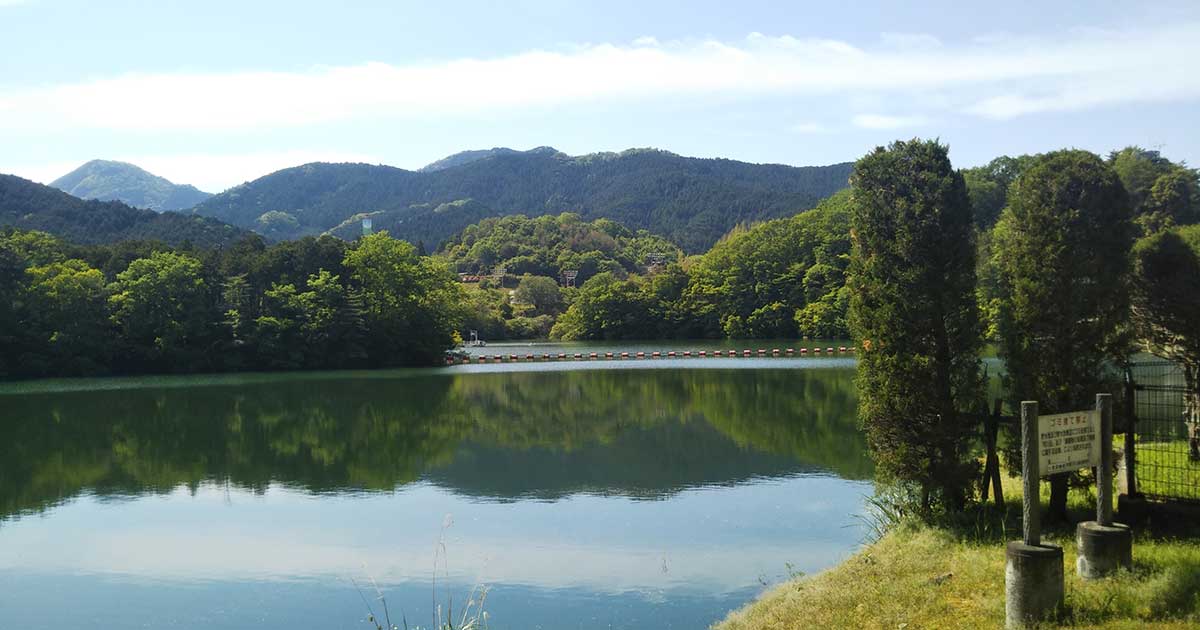 Did you know that there are some dams in ENN (East Nara Nabari) area? Near the dams, there are walking trails, areas full of nature, and a lot of delicious food. Today, I would like to introduce Murou Dam, which is located in Uda City, to those who haven’t exercised in a long time, and to those who want to feel relaxed!

If you plan on visiting the dam, visit the website of Japan Water Agency first. You will get a grasp of the areas around the dam.

Murou Dam is a 2-kilometer walk (takes about 20 minutes) from Kintetsu Railway Muroguchiono Station. However, the weather and climate were good today, so I went by car.

First, I left Murou Dam’s parking lot. After getting out of the car, I found Murou Dam right in front of me. The dam looks amazing when it discharges water, but unfortunately, I wasn’t able to see that today. It looks amazing especially at night! The lights illuminate it, and it looks beautiful. 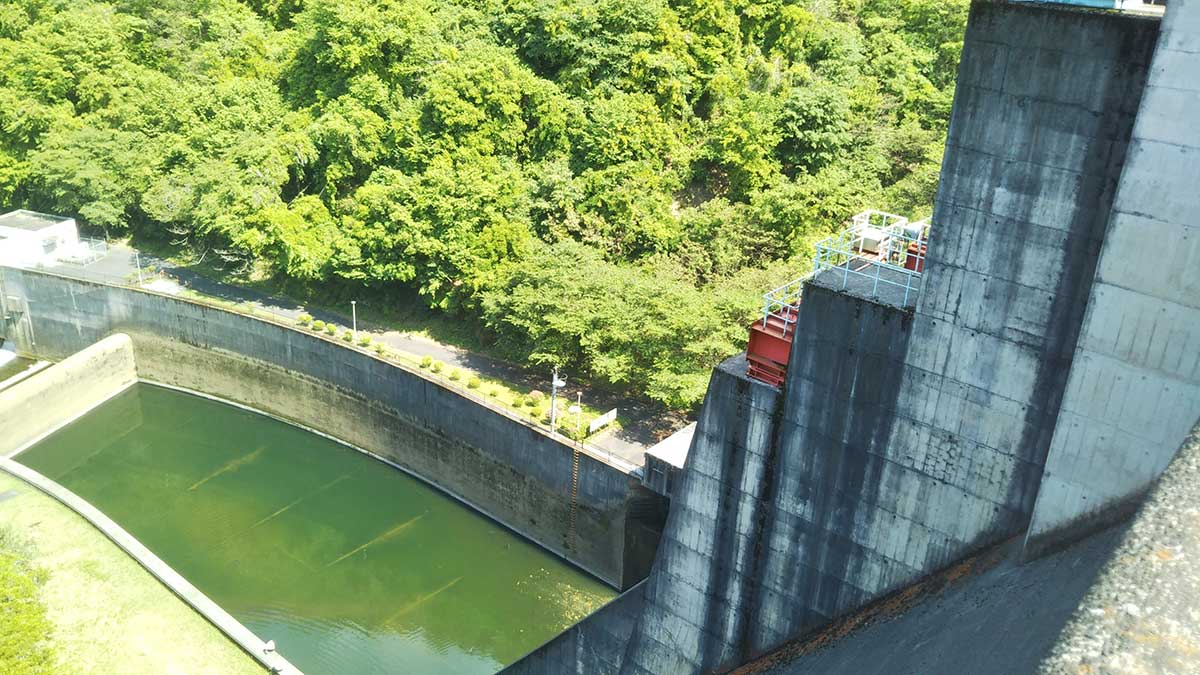 After crossing the dam, I followed the road. On the road, I could only hear the birds sing. Every now and then, I was surprised by the sudden croaking of bullfrogs, though. After 1.1 kilometers from the parking lot, I arrived at the red Ryuchin Bridge. After that, I found the Ryuchin Valley signpost. 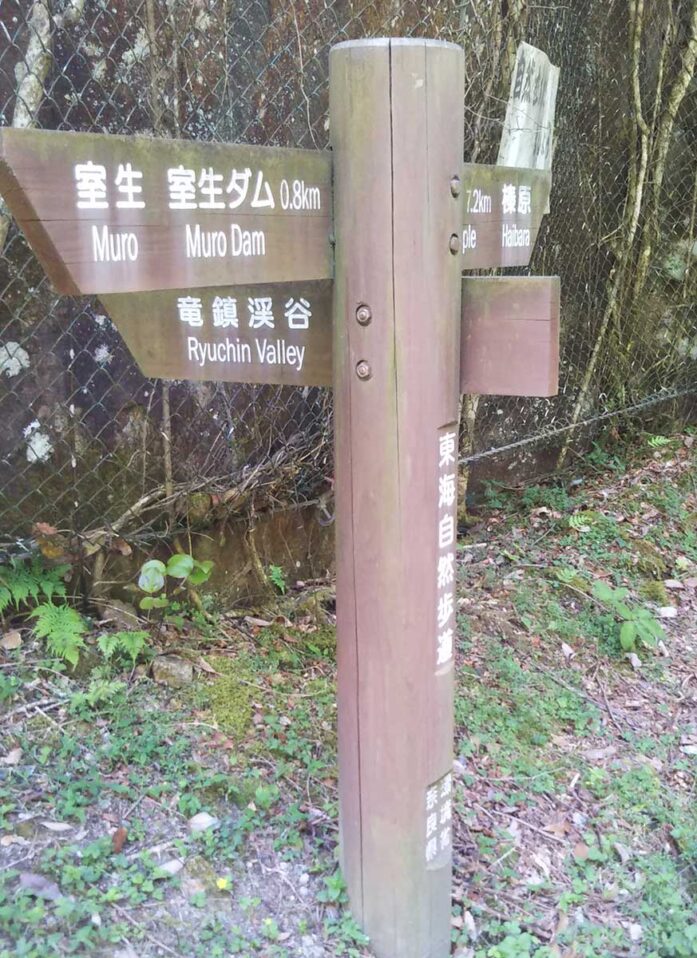 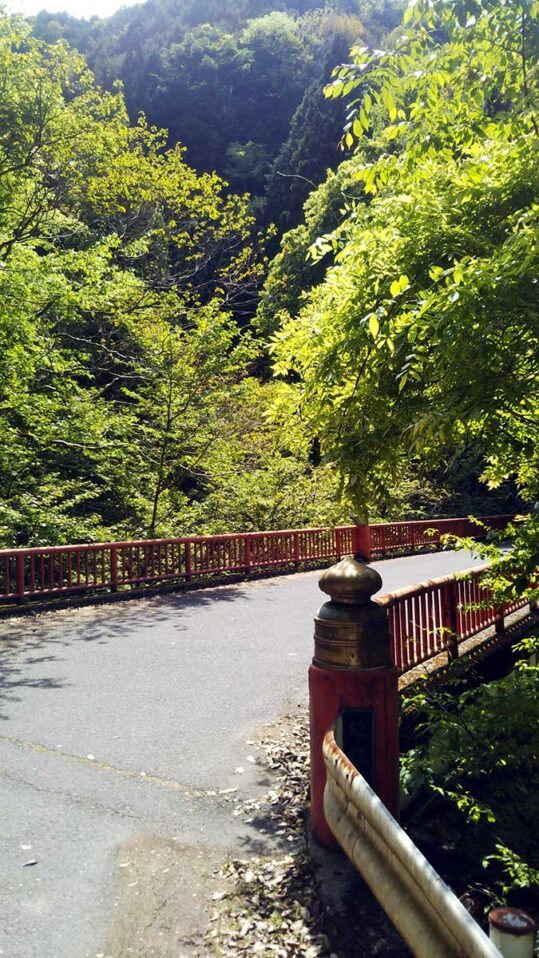 Ryuchin is written as 龍鎮 in kanji or Chinese characters. 龍 means “dragon”, and 鎮 means “tranquilize”. As many of you know, the dragon is believed as the god of water in Asia. Since water has played an important role in farming in the ENN area, it has a lot of legends and places associated with the dragon.

From here, you can enjoy a relaxing time! 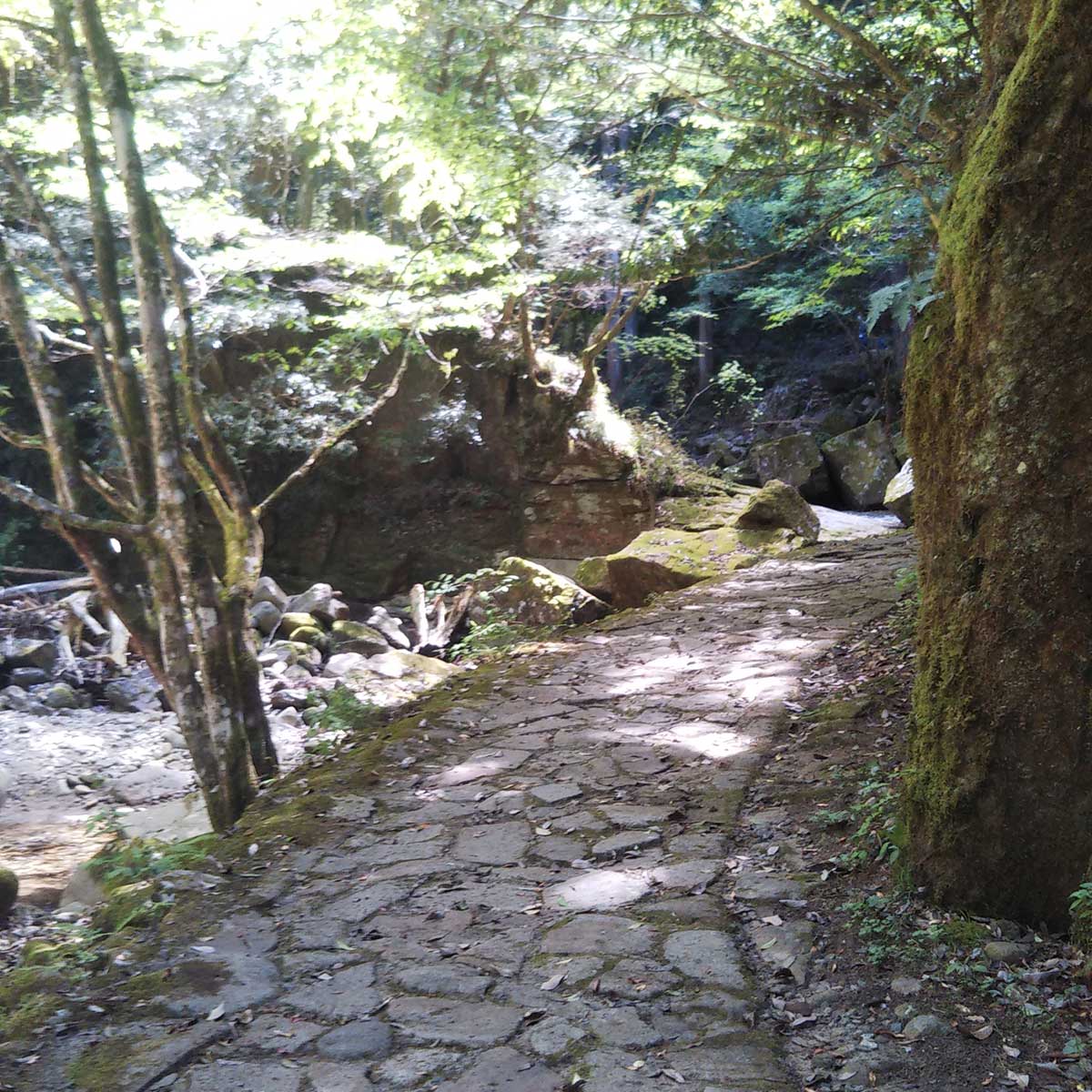 I walked through the Ryuchin Valley, which was full of greenery, and along the beautiful, crystal-clear Fukatani River. I arrived at Ryuchin Shrine after about five minutes. Ryuchin Shrine is a very sacred and extraordinary place! 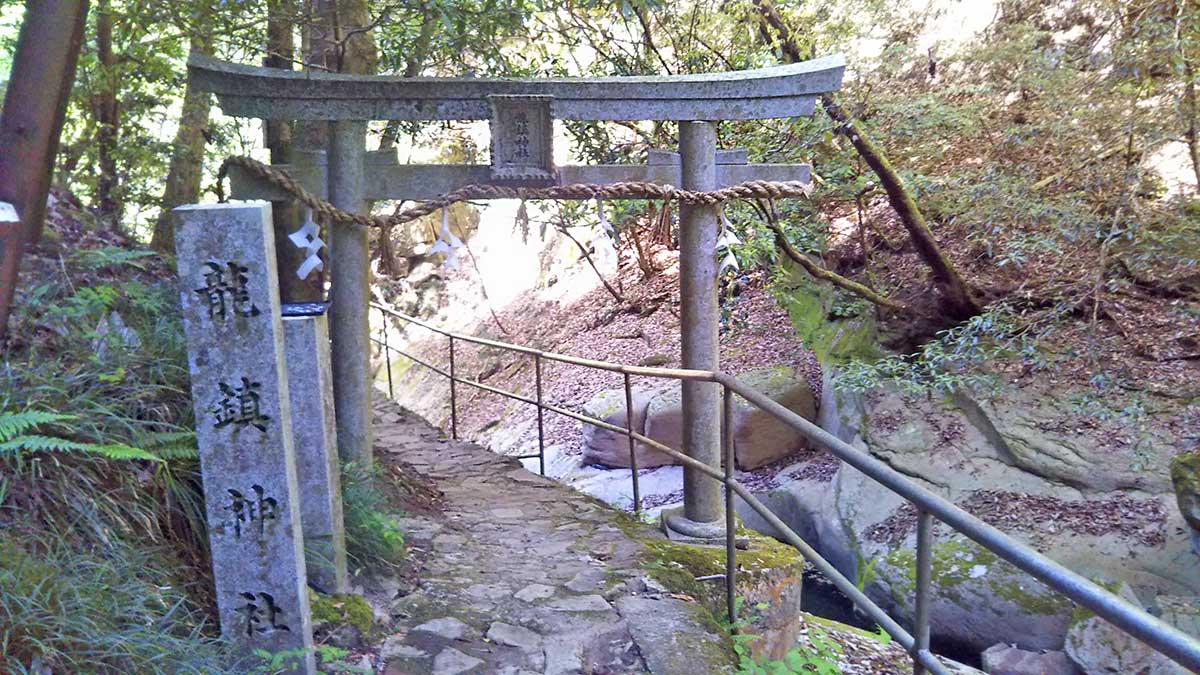 After I passed Ryuchin Shrine, I started seeing the Ryuchin Falls. Forgetting time and admiring the beautiful emerald-green waterfall, isn’t that an amazing way to spend your time? 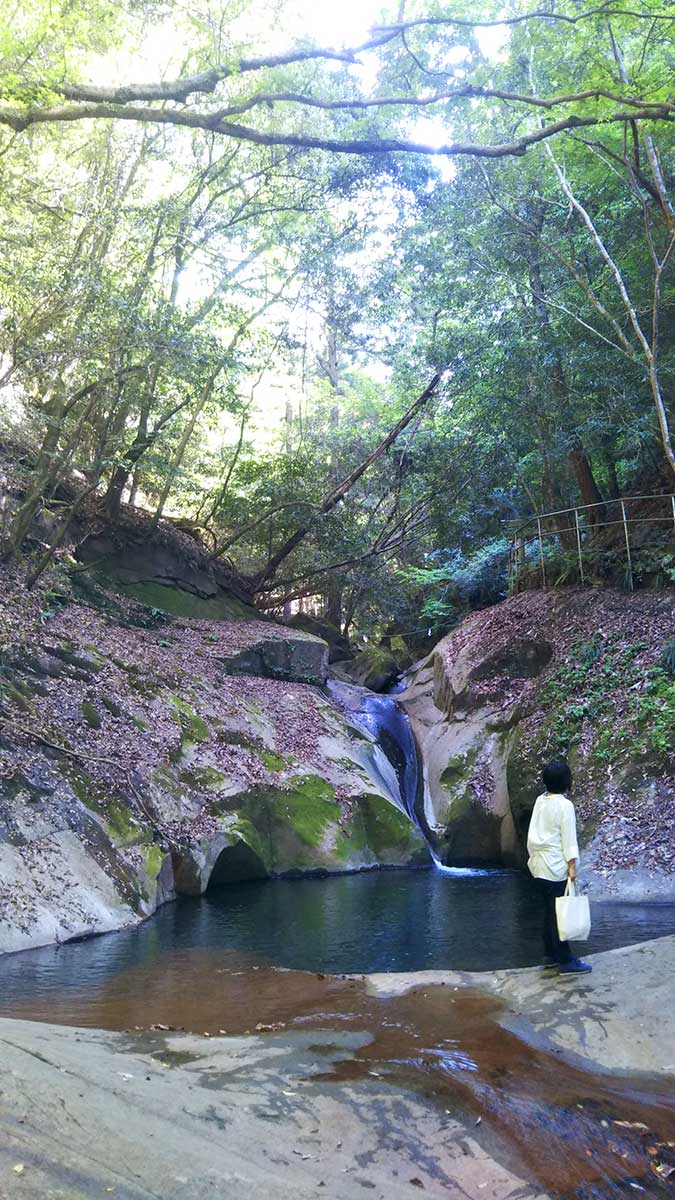 Please note that activities such as swimming, camping, and barbecuing are not allowed in this area. Ryuchin Valley is located within the Murou Akame Aoyama National Park and is also within the sacred site of the Ryuchin Shrine.

Seeking the Nure-jizo that Appears for a Limited Time

After Ryuchin Valley, I headed towards Nure-jizo, the wet jizo statue. To see the Nure-jizo, I first headed towards Haibara Fureai Square. After parking in the parking lot (which is free!), the first things I saw were the koinobori ! A lot of koinobori were blowing in the wind and swimming happily.

I walked 200 meters southwest of Haibara Fureai Square while looking at the submerged trees, then I found the path to Nure-jizo. 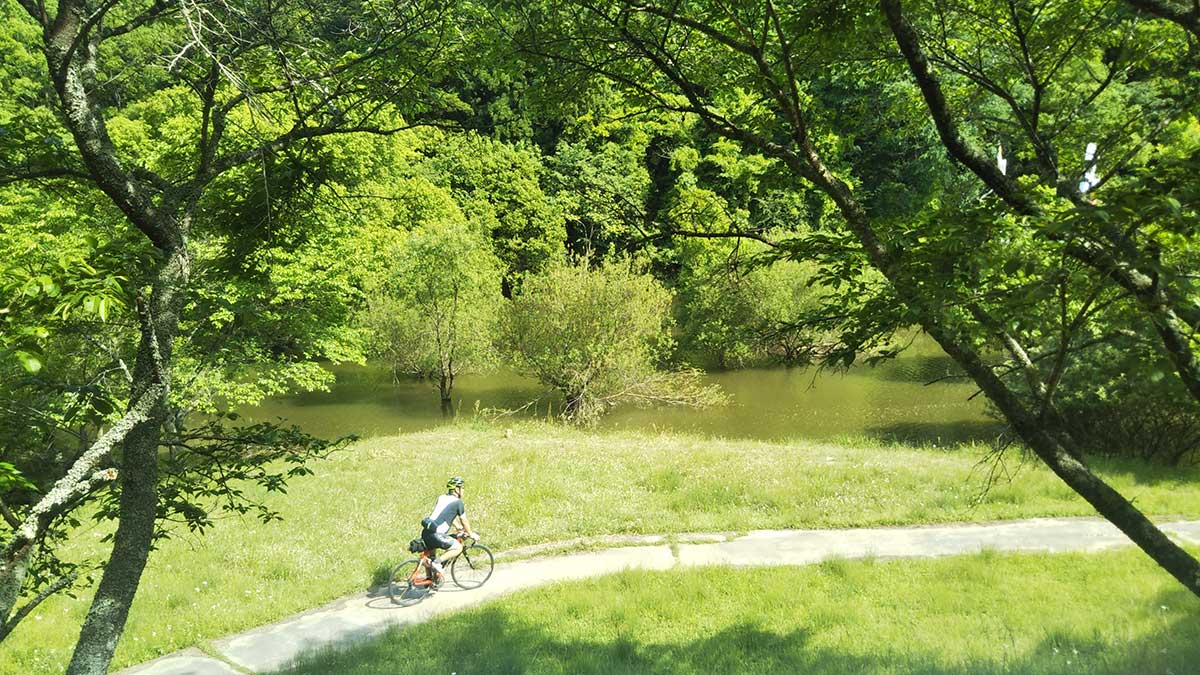 Nure-jizo can only be seen during a certain season. Originally, this statue was called Nure-jizo, or wet jizo statue, because water used to flow down on it from the mountain behind it. However, since the Murou Dam was built in 1974, the Nure-jizo has only appeared during rain and typhoon seasons, when the dam’s reservoir water level is low. During the rest of the year, the statue is submerged under water.

Will I get to see the Nure-jizo?! 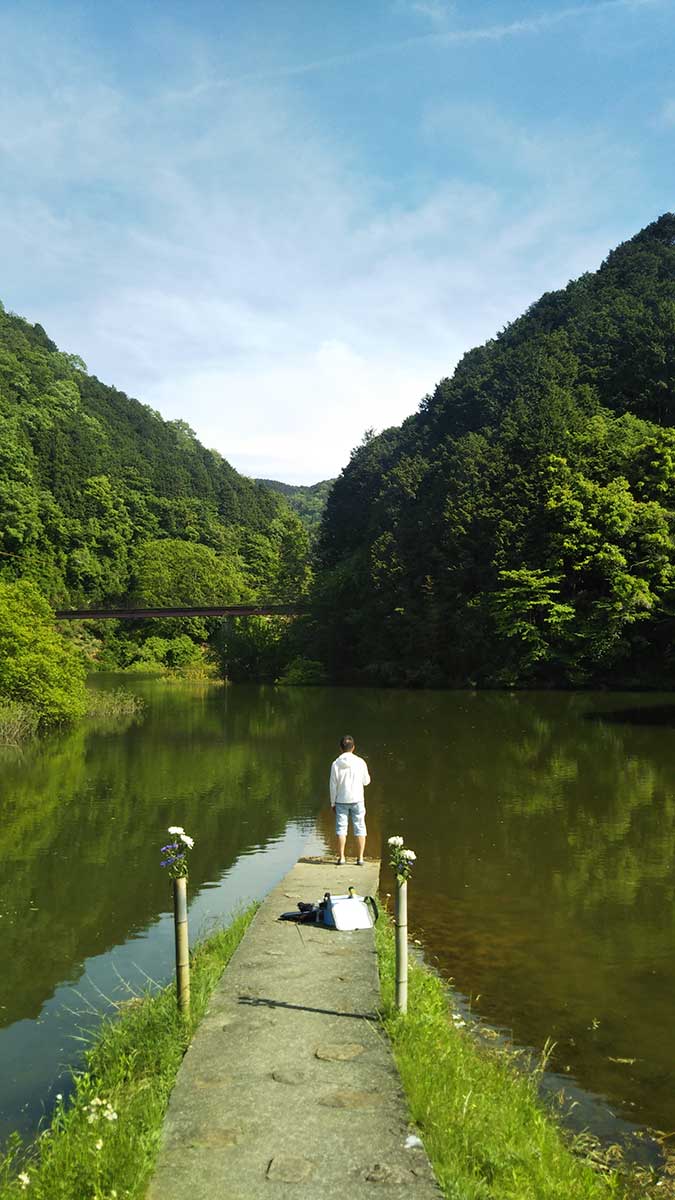 Unfortunately, the Murou Dam’s reservoir water level was high today, so I didn’t get to see the Nure-jizo. However, it is still fun to see the path to the jizo statue. You can start seeing the Nure-jizo, supposedly, from June 16th.  (Find more details about the Nure-Jizo here )

I pulled myself together and continued. The main part of my trips is trying delicious local food! So, last but not least, I present to you Shoju, a Japanese sweets store located on National Route 165. 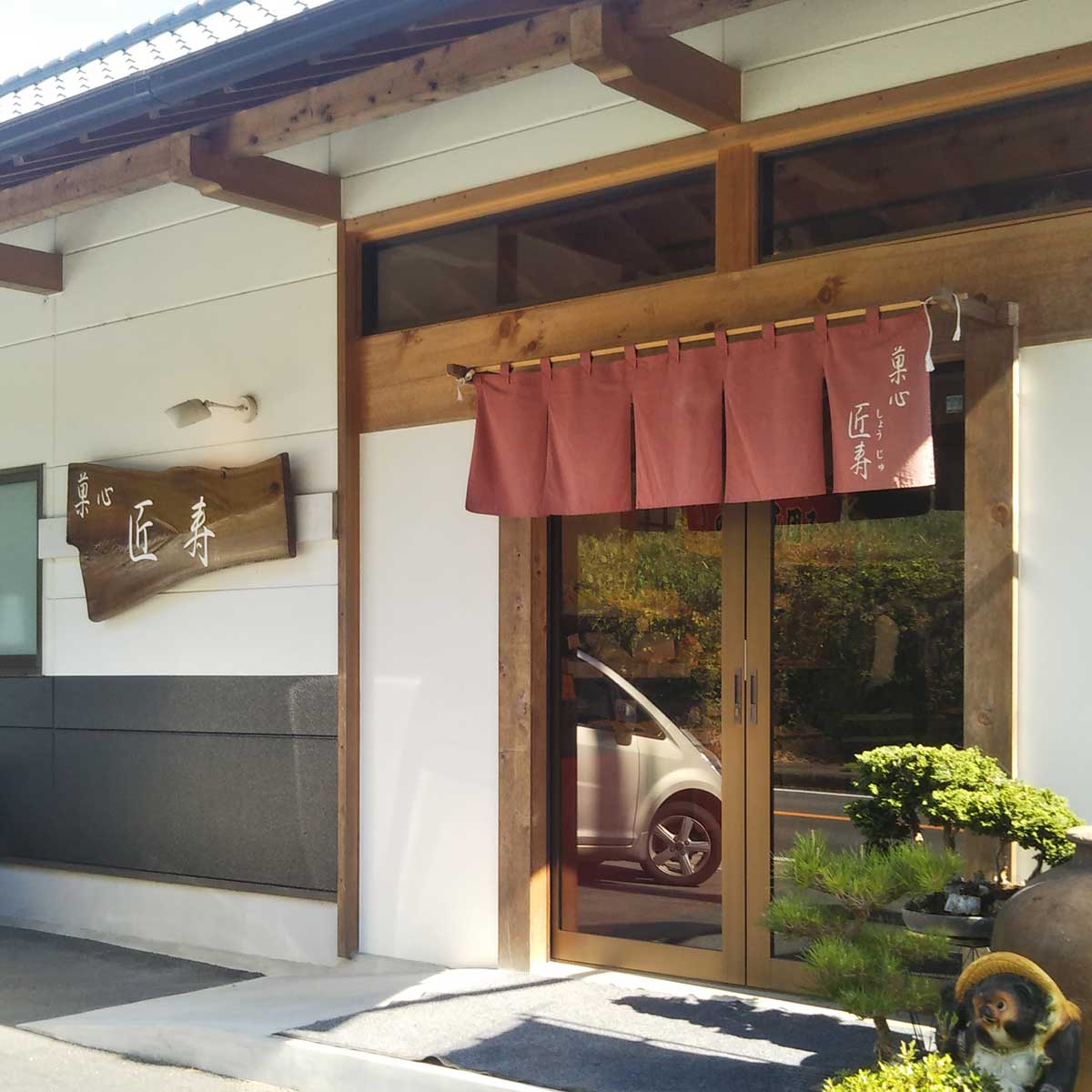 When I entered the store, there were beautiful, eye-catching wagashi, or traditional Japanese sweets, lined up. I didn’t know which one to choose, so I asked a staff member which item they recommended the most. They recommended the mitarashi dango, so I ordered it right away.

I took the mitarashi dango with me to go, along with one of the rice flour castella (rice flour pound cakes) advertised outside the shop. Even though I ordered the mitarashi dango for takeaway, its texture was still soft and slightly sweet. It had a toasty aroma and was very delicious. The rice flour castella was moister than usual castella cakes made of wheat flour, and it had just the right amount of sweetness. They were both very delicious.

This concludes my trip for the day.

I went to Murou Dam the other day to check the Nure-Jizo again. Now that the water level is very low, it was revealed! （July 23rd, 2020） 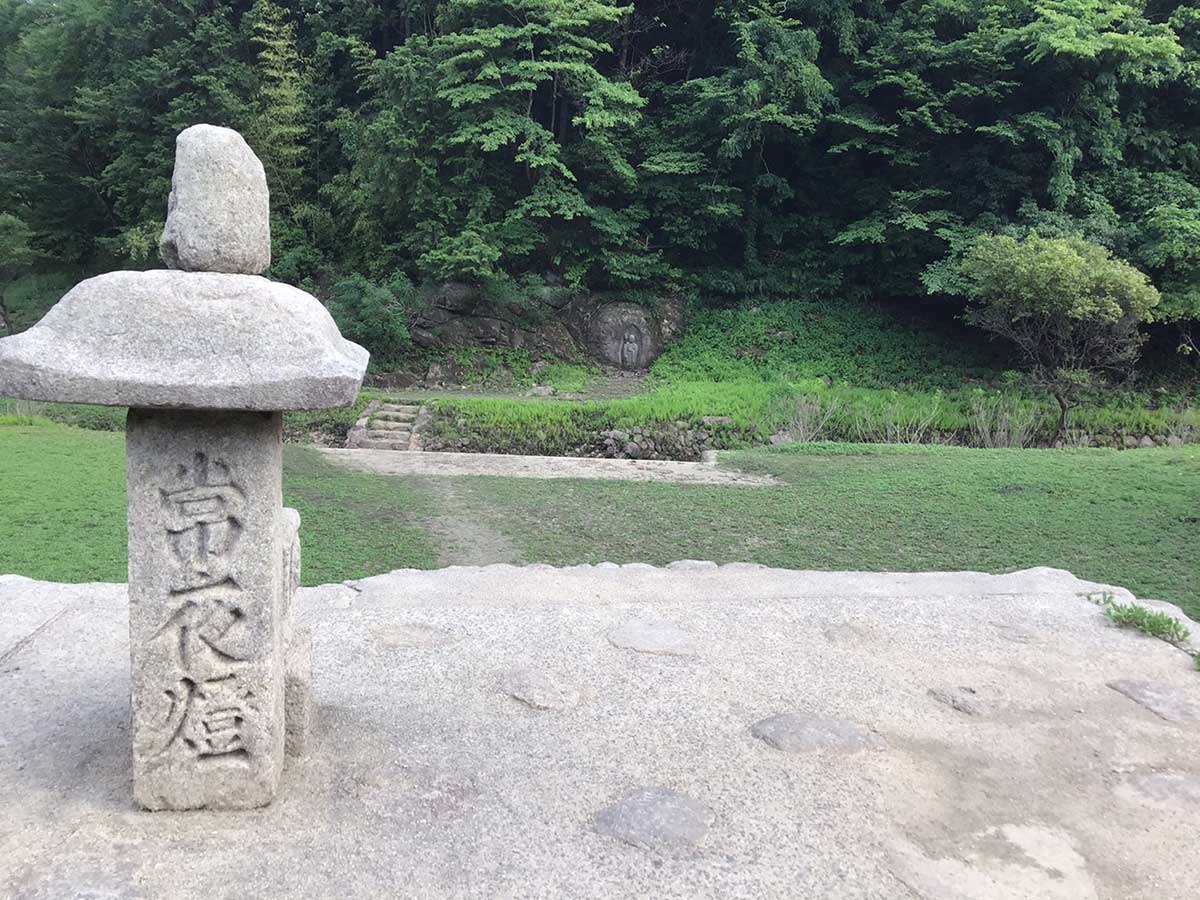 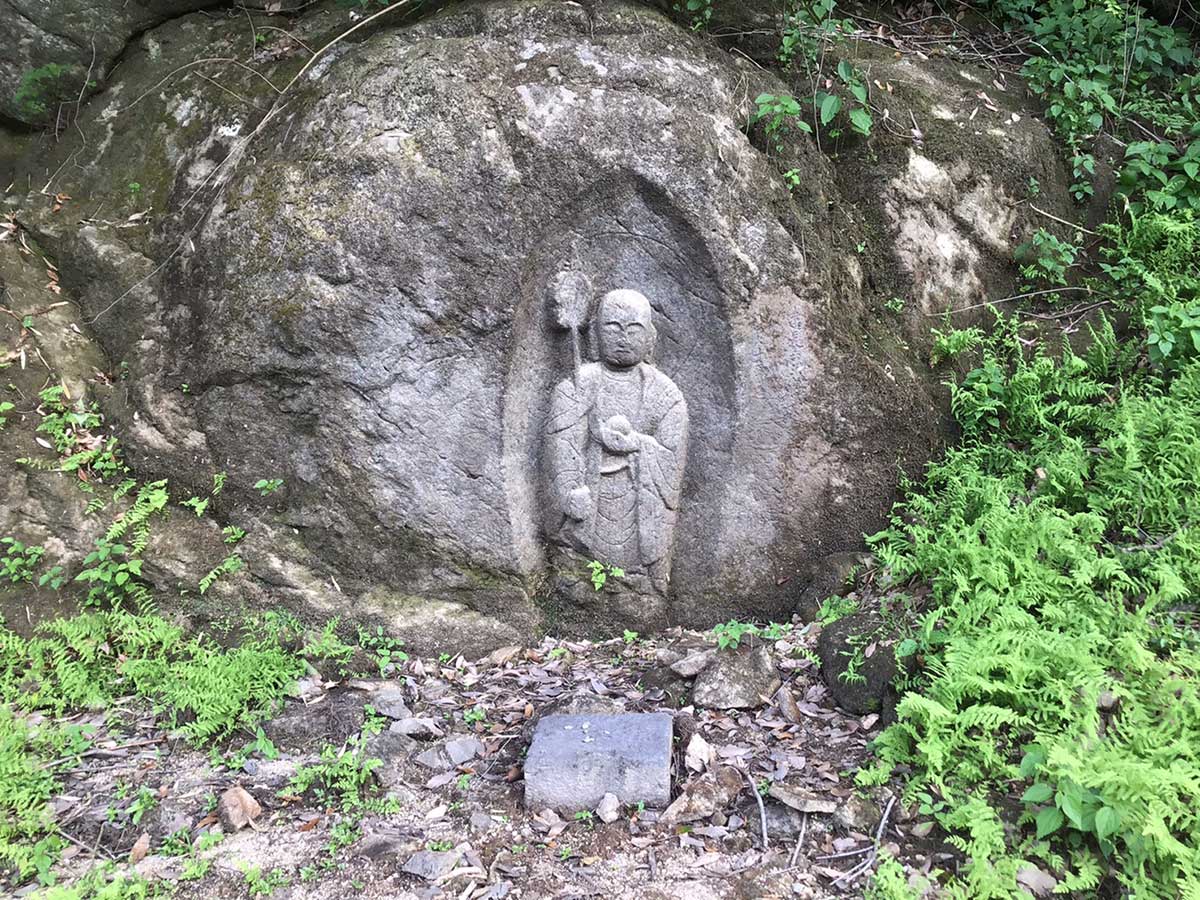 Born in Osaka, lives in Nabari. Loves to travel. Nothing beats the local food and sake after bathing in a good onsen hot spring!
View all posts by May →