Myoujindaira, a famous camping site with an elevation of 1300m

While listening to a chorus of cicadas, the five of us head into the mountains.

Our goal for today is Myoujindaira, a famous camping site with an elevation of 1,300m, located on the border between Nara and Mie prefectures. After stopping for supplies on the way at a convenience store, we parked our car in the Omata forest path parking lot in Higashiyoshino village, Nara prefecture, and set off on our trek. On the way here tempestuous storm clouds passed beneath the cumulonimbi numerous times, and anxious voices asking “will we really be alright today?” were heard, but just as the weather prediction stated once we had arrived at the parking lot the rain had lifted and a pleasant breeze was blowing.

There are high school and university mountain retreats in Myojindaira, but these are not available to the general public. We, of course, were staying in tents. Upon our backs, we each carried an amount of baggage so large you would not suspect we were only staying for a single night. As you might expect, our bags contained large amounts of food and alcohol. This time our main goal was a feast, and camping was our second priority. 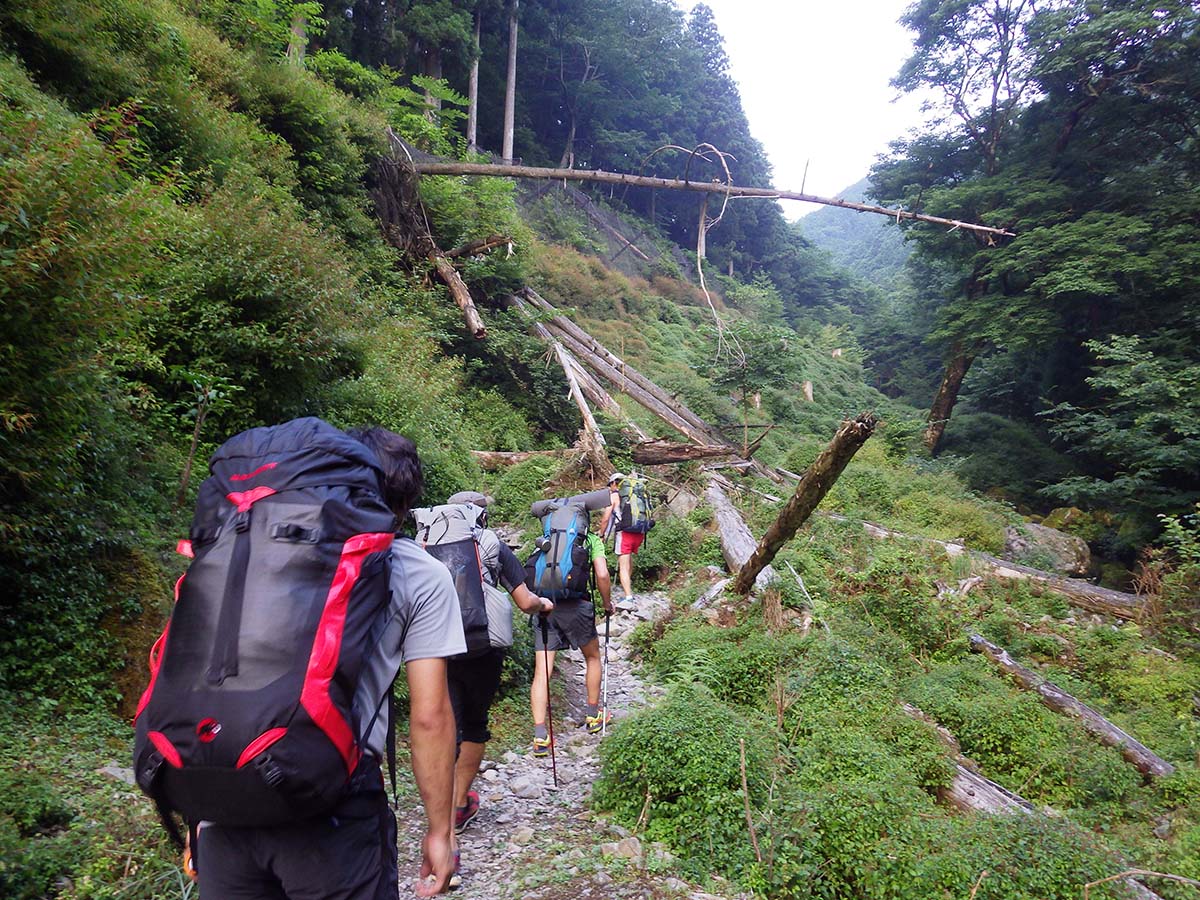 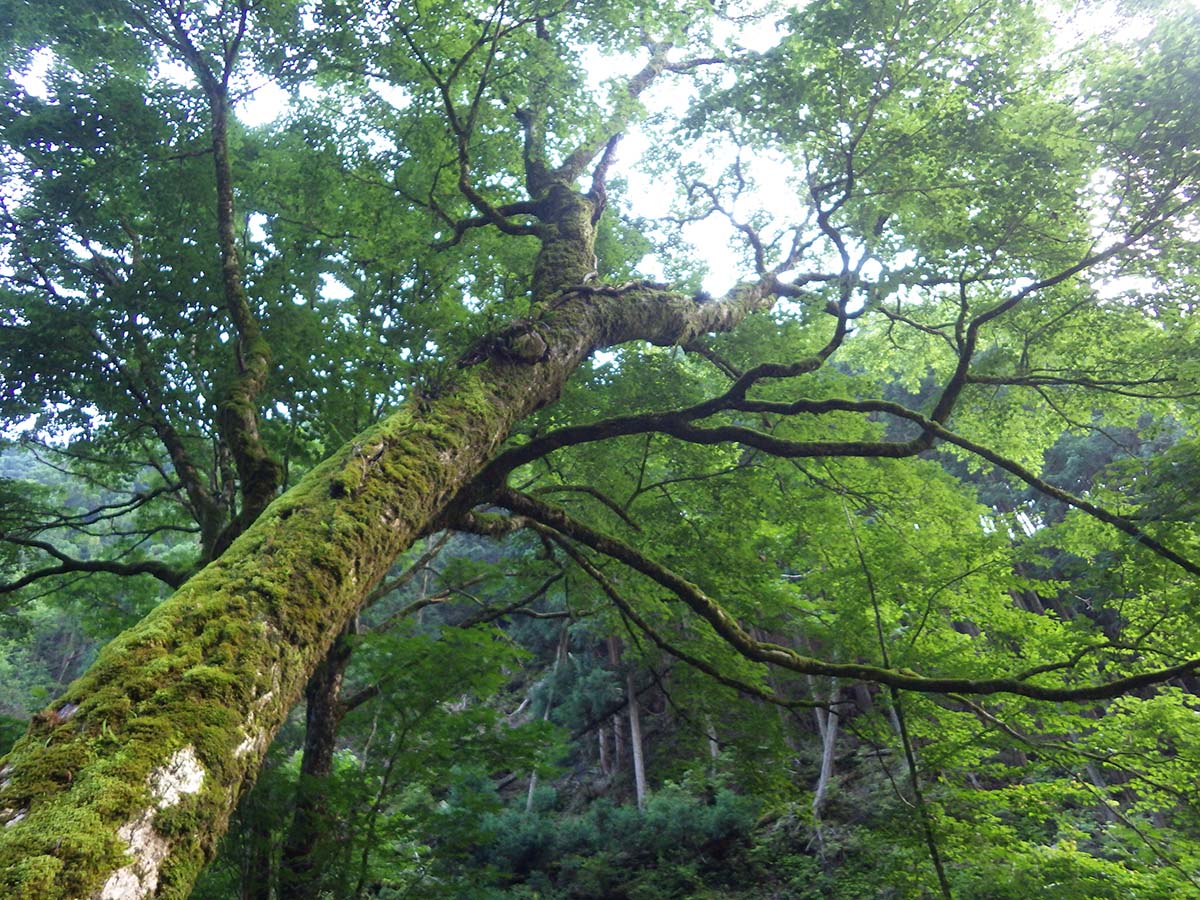 Along the way, we traveled up a meandering trail deep within the forest. Dusk was approaching, so we made our ascent at a higher pace than usual. At first we had fun joking and chatting, but gradually we grew quiet. We could follow the trail without worry as many of our members knew this mountain well, but it is usually preferable to arrive at your destination while it is still light. 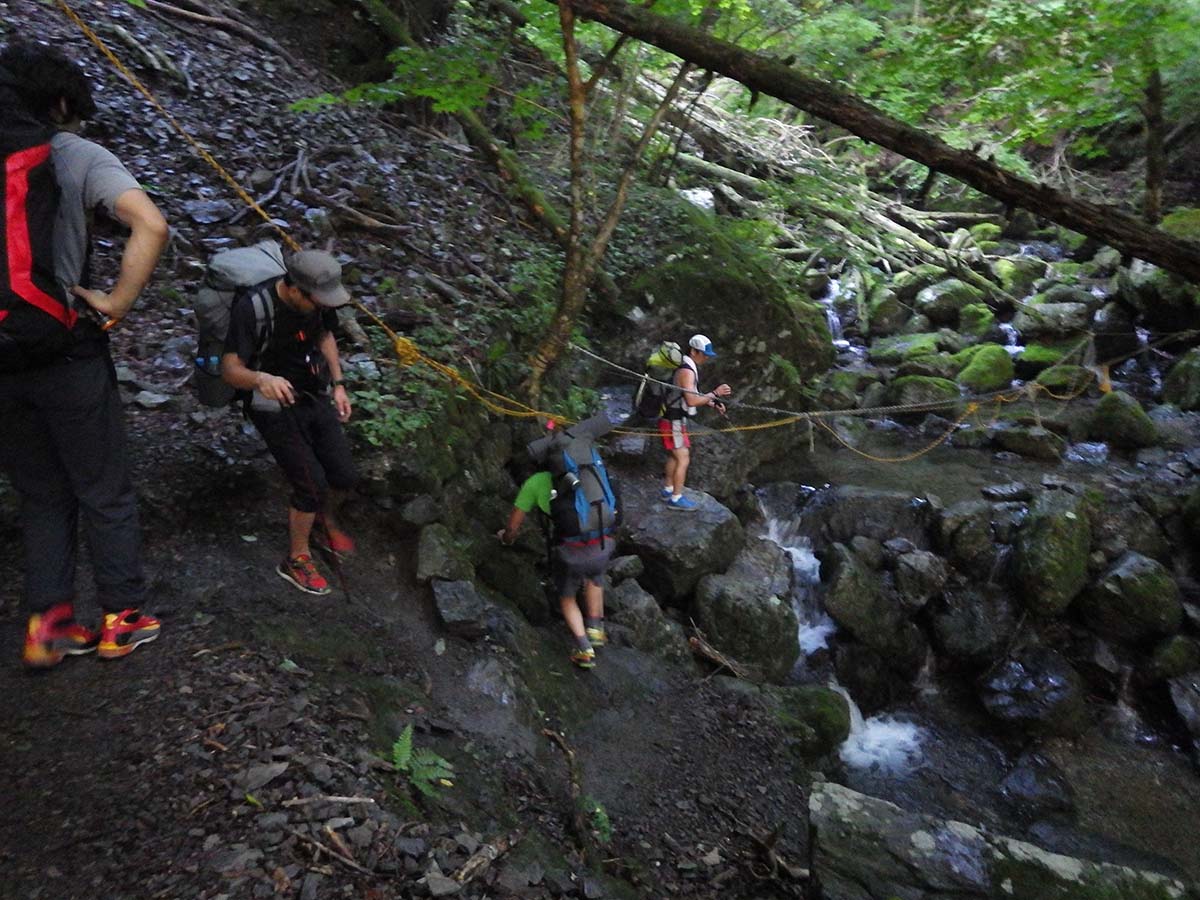 We collected the water we needed at a spot just before our destination, and arrived at Myojindaira in roughly two hours. It seemed as though there was nobody else there staying in tents. Fortunately, we were able to set up our tents in the gloom at 7 pm before it became completely dark. 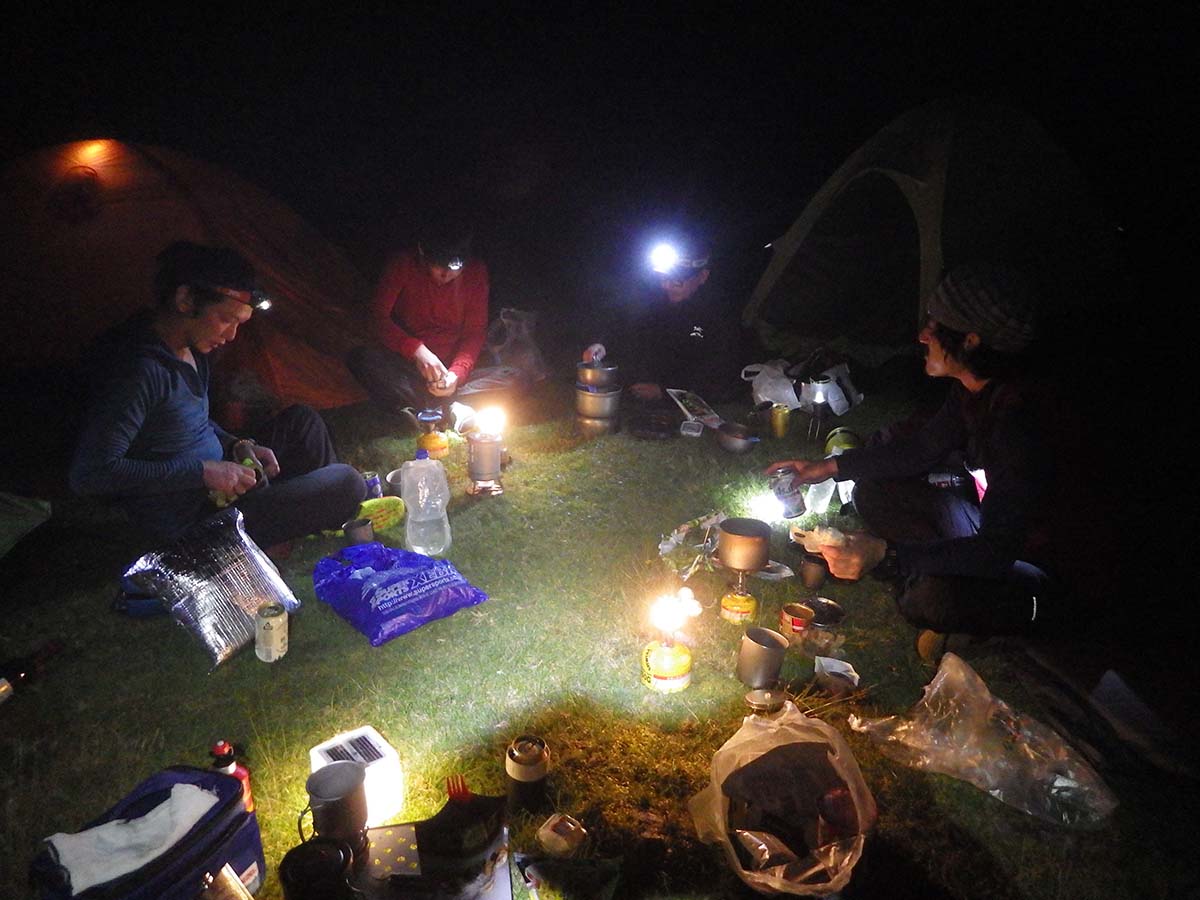 As we finished setting up the tents, we opened the beer and made a toast! Alright, now the feast was really beginning. Fried meat, al ajillo, and sashimi. Nothing too elaborate, but eating food on a mountaintop is luxurious in itself. We had enough alcohol to make one question why we had brought so much. 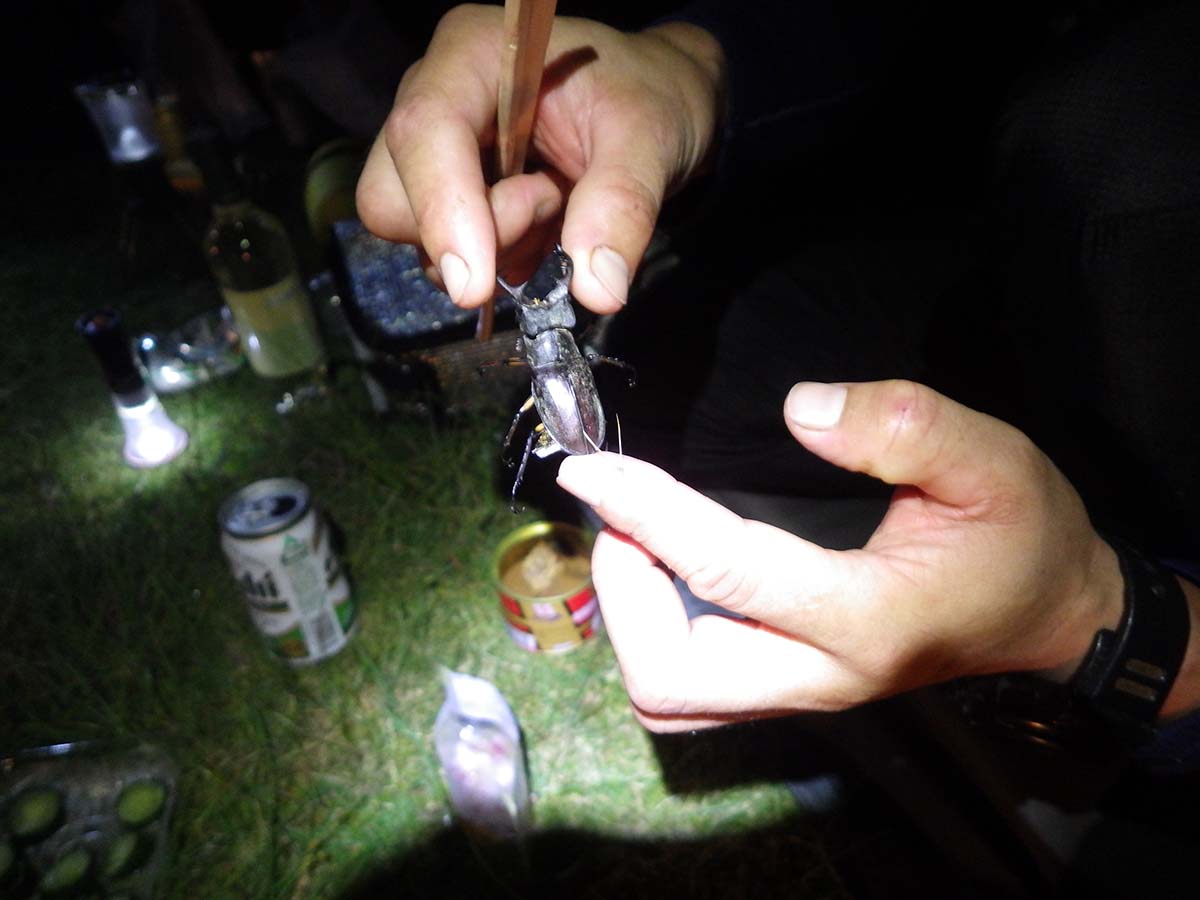 In the middle of the night, a stag beetle flew into a tent, and one of our members was stung by a poisonous insect and felt sick just looking at their skin blistering as the night progressed. Though it was midsummer, at an elevation of 1,300m nighttime is fairly cold, and we spent the night in fleece. We laid out mats in our floorless tents, and left our thin, down sleeping bags open as we slept to get our warmth just right. The comfortable breeze invited us to sleep, and we were dreaming before we knew it. 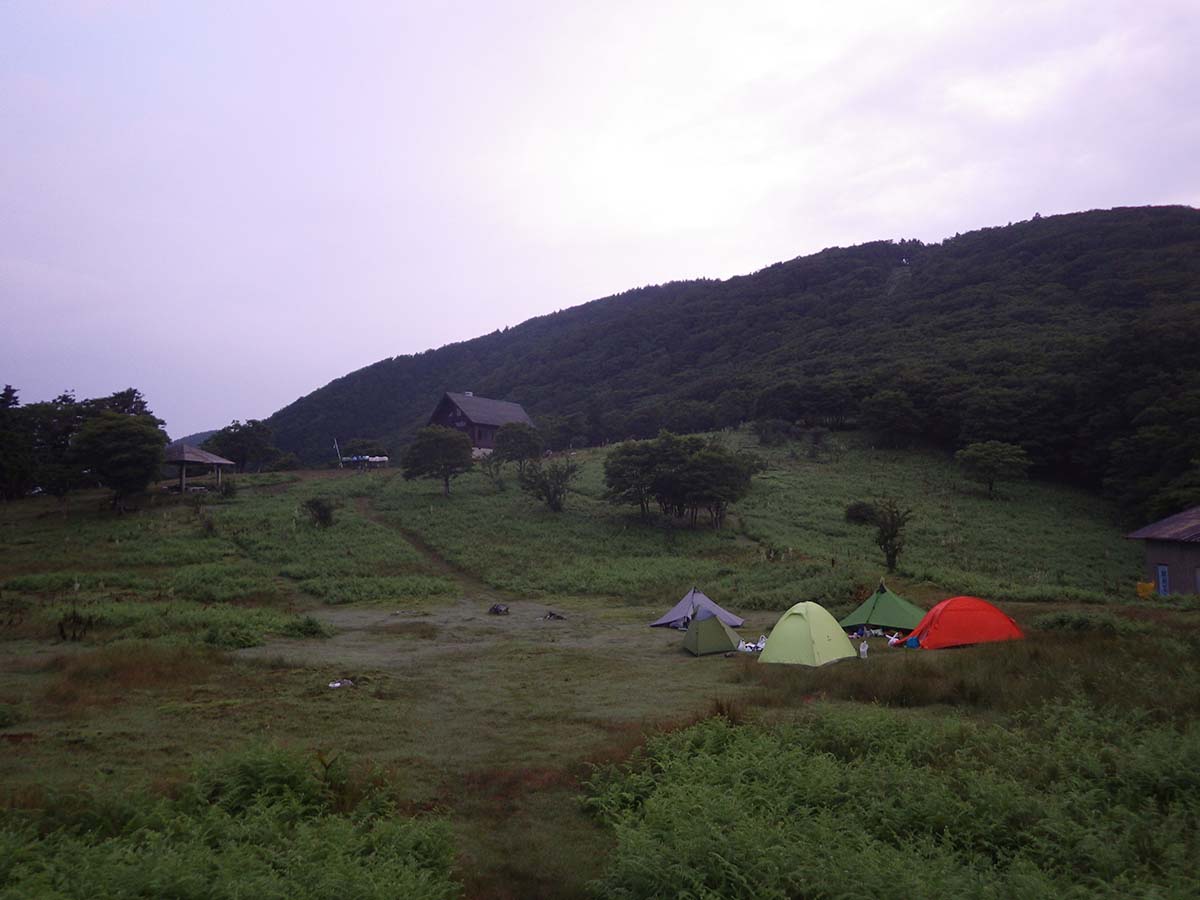 Waking up early is the rule for camping. I was idling the time away in my sleeping bag as it was still early when I heard the sound of someone leaving their tent. As I left my tent everybody else came out one by one. 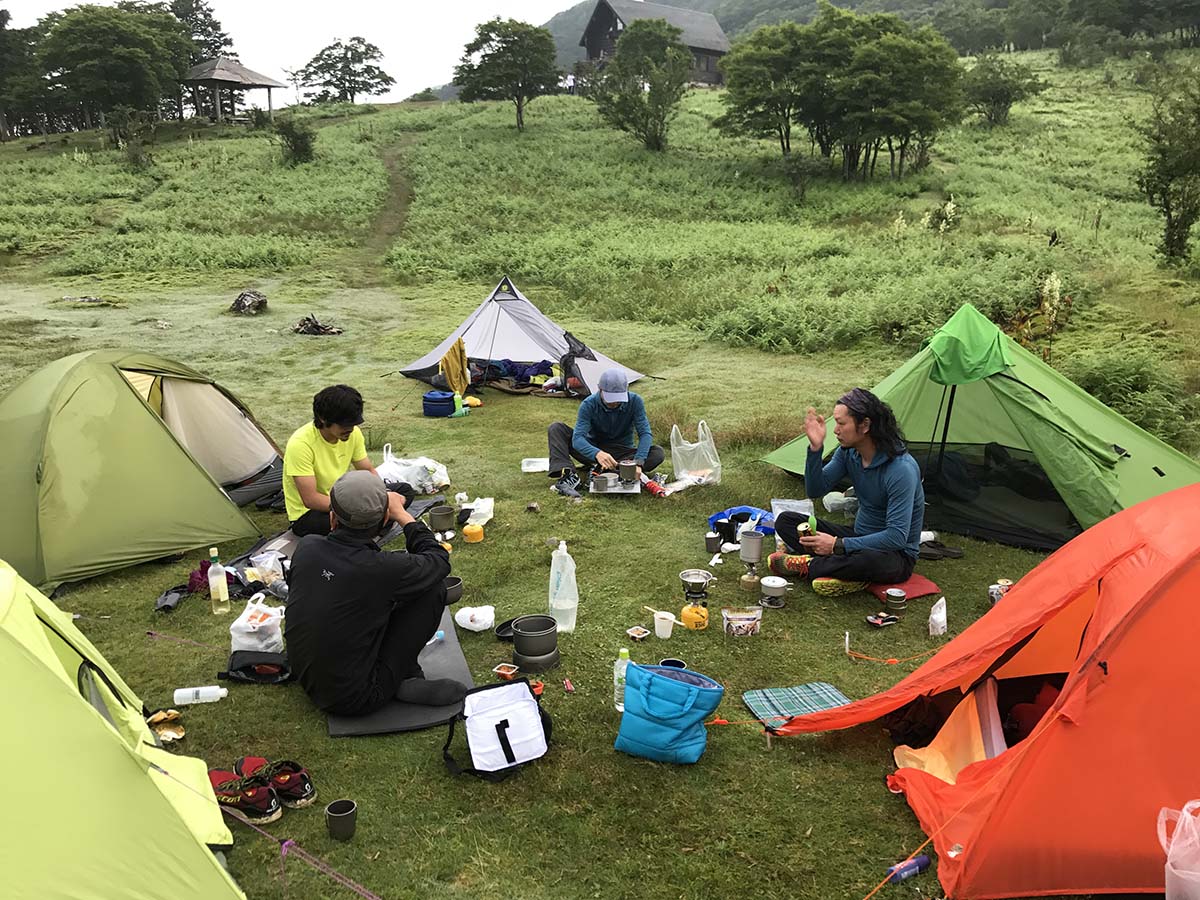 Breathing in the morning air wet with dew, I made a coffee and took a break. Afterwards, I leisurely began preparing breakfast. Fried eggs in pans, cup ramen, hot pot, various individual breakfasts could be seen. We ate as much as we could from the morning so we would have less to carry on the way home. 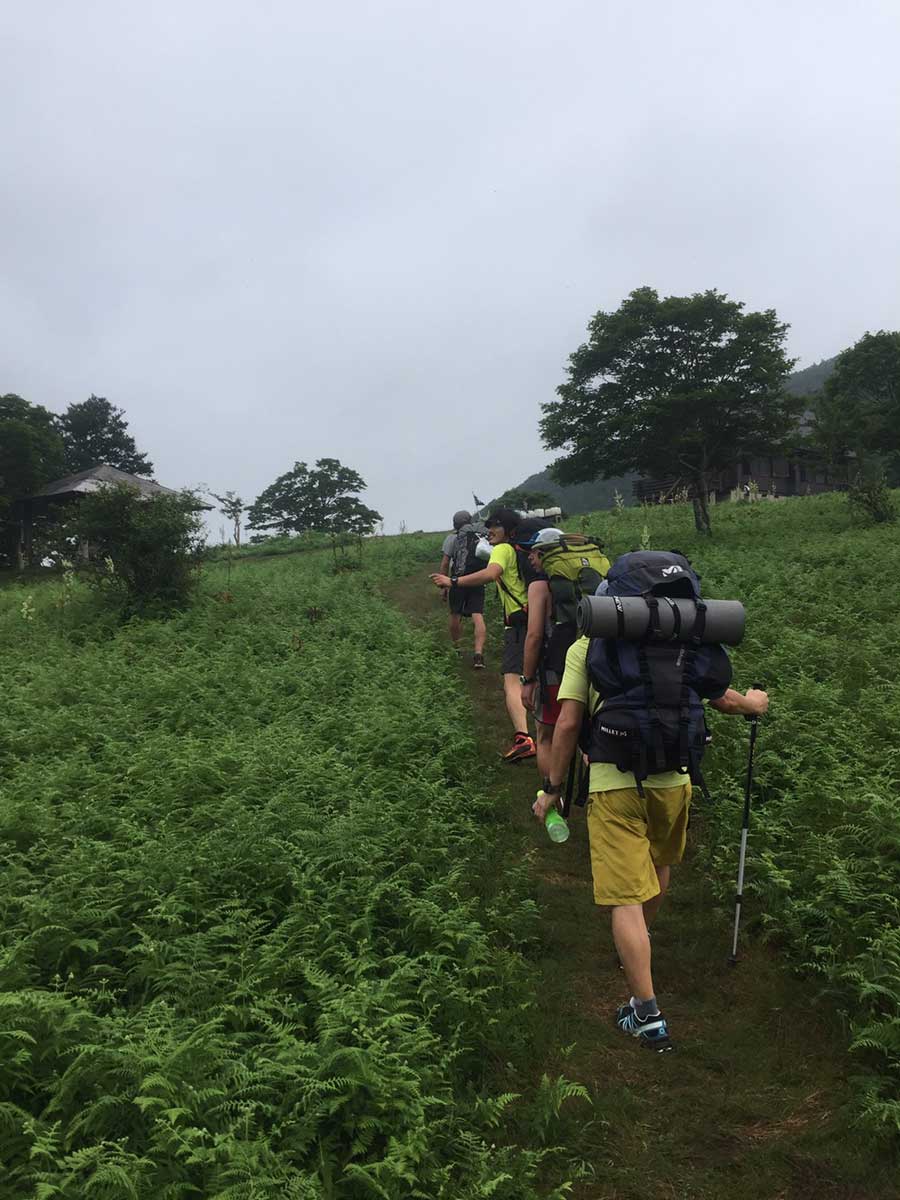 Finishing breakfast and waiting for the temperature to rise, we began packing up the camp in a relaxed fashion. The tents were wet from the evening dew and the sleeping bags were damp. As they dried, we moved everything else into our packs.

After double-checking that we had not left any rubbish behind or forgotten anything, we said our goodbyes to last night’s campsite and began our descent. Our baggage was much lighter on the return trip. The trail that was so rough to climb the day before was now so simple to descend, and the trek was over before we knew it. Even so, the long, long descending path gradually took its toll on our hungover, sleep-deprived bodies…My feet were killing me when we returned to the parking lot. That tired feeling became a memory and remained in my mind as a pleasant moment on the way back home.

The trekking was done in the summer of 2017. 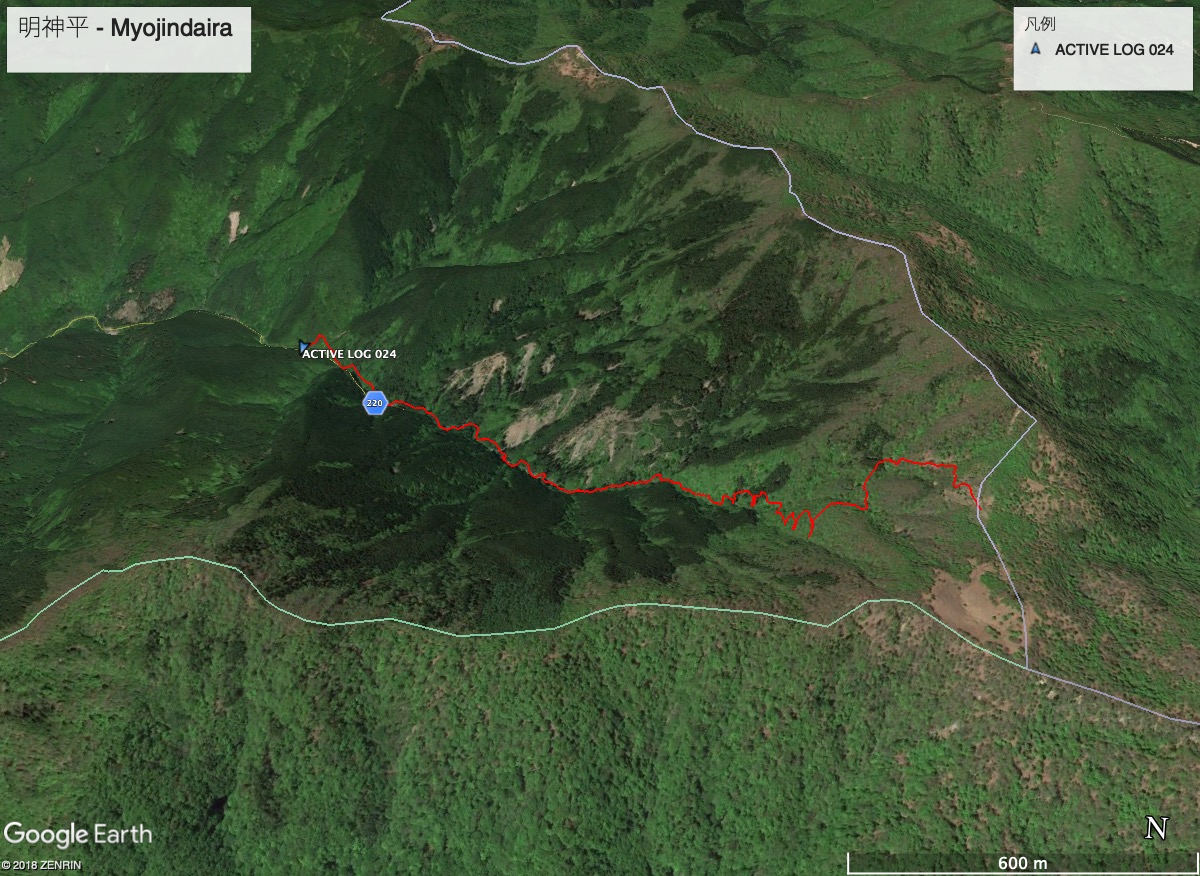 The physical therapist who loves nature and exploring the outdoors.
View all posts by Hidada →