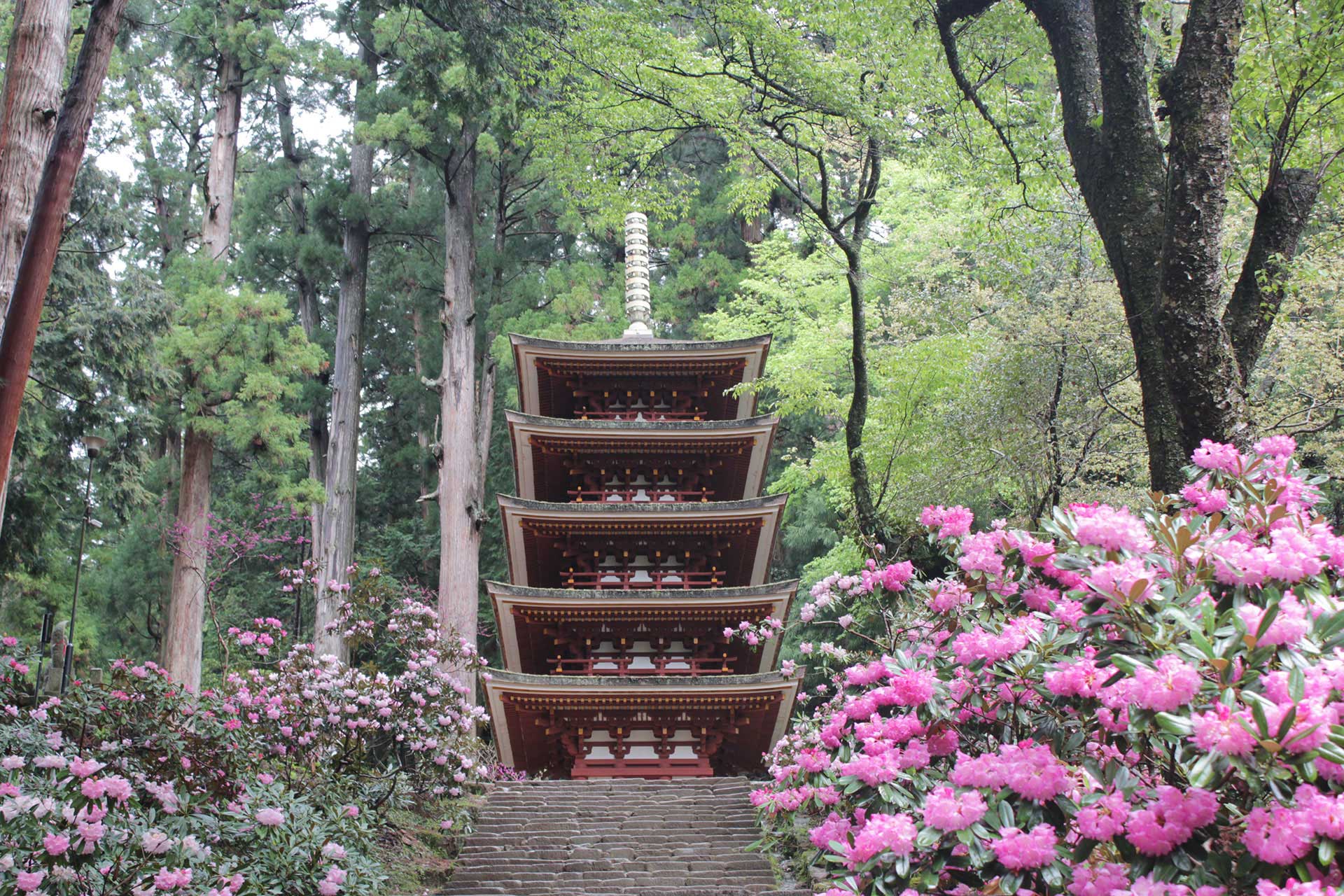 Located at Muro Mountain, which itself has been an object of worship since ancient times, Murou-ji temple was founded in the 8th century after five monks offered prayers for the Crown Prince (who would later become Emperor) to become cured of a grave illness. The Prince recovered, and the Imperial Court ordered a temple built in gratitude.

Murou-ji has a history of progressive values towards women, and has long been referred to as a “Nyonin-Koya” or “Women’s Koya”, because the temple welcomed female worshippers, in contrast to other Koyasan where only men were admitted for Buddhist training. During the Edo Period (1603-1868), the Shogun’s Mother donated a sum of money to the temple to be used for repairs and renovations, and Murou-ji’s relationship with women deepened even further. Today, it continues to be popular with female visitors.

The highlight of the complex is a beautiful five-storied pagoda made of red-painted cypress wood. At only 16 meters (52 feet) tall, the pagoda is the smallest such outdoor structure in Japan, and is adored by photographers in the early summer when framed by pink and red rhododendrons. The temple grounds are also spectacular in autumn when various sections are enveloped by the blazing colors of surrounding foliage.

The buildings of the pagoda, the main hall and central area of the temple, a statue of an eleven-faced Kannon, and a wooden statue of Shaka Nyorai are all designated as National Treasures.

Springtime visitors will want to see the Rhododendron Festival in May, and the 21st of each month is a memorial day for Kukai, the founder of Shingon Buddhism. On this day, guests can see a special image of the revered sage. 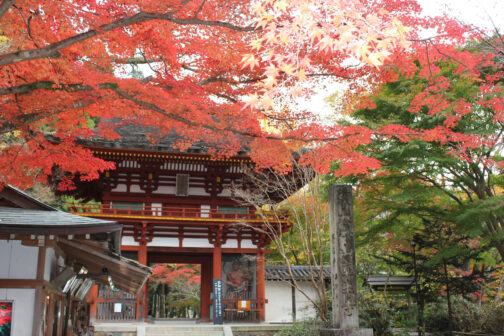 Public transportation
Get off at Muroguchiono (室生口大野) station, take a bus bound for Murou-ji (室生寺) and get off at the final stop. Walk for 5 minutes.
For the bus timetable, please check here.